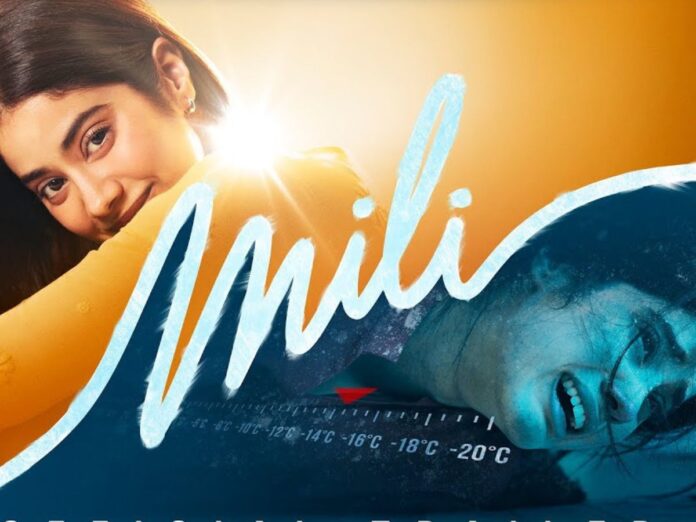 Mili Review: Janhvi Kapoor champions this survival thriller with her insanely good performance that works as a statement that she can shoulder a movie on her own in Bollywood. The star cast is phenomenal right throughout the movie. Everything from emotions to palpable tension is managed beautifully by the director Mathukutty Xavier.

Mili Story: A young woman gets trapped inside a freezer and fights to stay alive as no one really knows where she has gone. The temperature keeps dipping, and the girl must find ways to stay alive until she is discovered either by the police, her family or some other fellow. It’s a remake of the director Mathukutty Xavier’s Malayalam film Helen.

In an era when most Bollywood remakes are seeing backlash from the viewers, Mili, directed by Mathukutty Xavier, might be a movie that receives heaps of praise from the cinemagoers. Nothing is better than watching a survival thriller that keeps you guessing about the fate of its character. Mili easily works on this premise with its main character to keep us involved right from the start.

Janhvi Kapoor has delivered a mind-blowing performance in this survival thriller. She has showcased what she can do as an actor when given the right script to work with. Sunny Kaushal, Mili’s boyfriend in the movie, is pretty likeable. He leaves nothing to complain about.

Manoj Pahwa is, as usual at his, brilliant. However, the one who really stole the show after Janhvi Kapoor in this movie is Sanjay Suri. He stays true to his character and delivers one of his best performances ever. Other cast members are also good in their respective roles, and apart from the background score, there is not much to point fingers at in this film.

We loved it and believed that everyone should consider watching Mili in the theatres. It’s one of those movies that will hit a different level of excitement when watched in the cinema halls. All in all, our review of Mili is that the film is probably the best survival thriller released in 2022, and this is not just including the Hindi film industry.

Janhvi Kapoor is an Indian actress, model, and starlet who was born on the 6th March 1997 in...