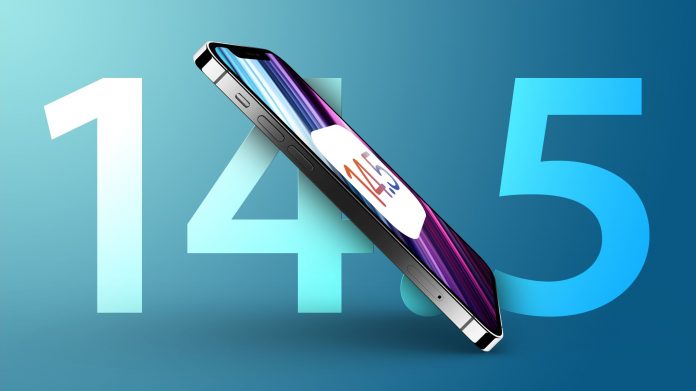 A week after releasing the iOS 14.4 update, now Apple has rolled out iOS 14.5 beta, and iPad OS 14.5 version to the developers. The company promises to bring a ton of new changes in this upcoming update, bug fixes, and other improvements for its iPhone and iPad users.

But this update will turn out to be a success only if Apple has a track of its users and for this process, Apple will require apps to request permission for tracking. Let’s have a look at what new changes Apple is about to bring in this new update:

The best feature for iPhone users is that they will be able to unlock their devices by keeping their masks on with the iOS 14.5 and watch OS 7.4 updates. This new version includes a new setting screen that enables Apple watch authentication for Face ID. In order to enable this option, the user has to make sure that his Apple Watch is nearby or wearing on his wrist, have to keep it unlocked, and password protected. This new update has rolled out dual-SIM 5G support for all the users around the globe.


The iOS 14.5 is now supporting T-Mobile Standalone 5G Network. This allows new 5G radio capabilities while using existing LTE core networks, that offer fast speed, available with low latency. Not only this, but Apple has made some changes to the Music App also and has added several new emojis. Now it will be easy to add songs to your queue with the new swipe gestures.


Earlier if you wanted to download a song then you had to tap on the download button, but now you will notice three dots instead of a button. The good news is that iOS 14.5 even adds over 217 new emojis to the iPhone that includes AirPods Max headphones design emoji too. Other emojis apart from Airpods Max headphones design emoji are heart on fire, face with spiral eyes, face in a cloud, etc.


This time user will get an option to select a preferable music player to listen to his favorite music when asking Siri to play songs. With this latest update, you can use the latest PlayStation 5 DualSense and Xbox Series X controllers with iPhone and iPad.

In latest update iOS 14.5 it will be more convenient to call emergency by simply commanding Siri to call emergency services with a “Hey Siri, call emergency” command. Other changes have been found in the Podcasts app, reminder app, and news app. Users will now be able to see episode descriptions while watching a Podcast with a “Resume button”.

Previous articleDMRC in Search of Startups for Contactless QR-Code Based Ticketing: Know All The Details
Next articleThe New Microsoft Office 2021 For Windows & iOS
Flickonclick

Finally, it has been official that billionaire Jeff Bezos, who founded Amazon nearly three decades ago, is ready...
News

Aadhaar is a unique 12-digit identity number issued by the UIDAI on behalf of the Government of India....
Entertainment

Being madly and deeply in love with someone is the most beautiful emotion that one can ever experience....
News

It has been one long year since Apple unveiled iPhone 12. Finally, we are blessed with its newest...
News