Good Espresso for ‘Koffee With Karan’ Season 7 is poured 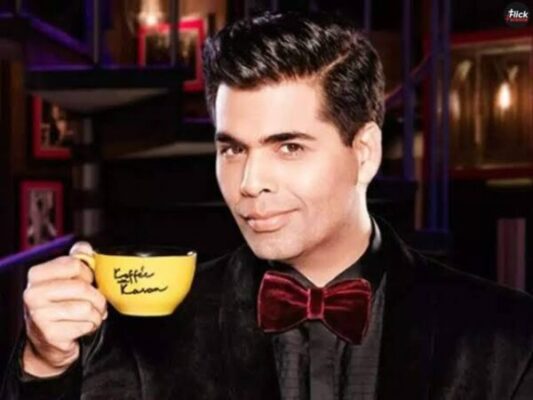 Koffee with Karan is a highly entertaining conversational show in which renowned celebrities talk about business, family, love life, dreams, and so on with the always humorous Karan Johar. In the popular rapid-fire and quizzes rounds, the celebrities compete for a super-elite ‘Koffee hamper’ and presents. After so much wait, director, producer, actor, and host Karan Johar has finally disclosed the release date for Season 7 of Koffee With Karan.

The start date of Koffee With Karan season 7 will cheer your day because the reality show is set to premiere earlier than imagined. Karan recently went to social media to share a brand new trailer wherein he unveiled all about the launch of the new season. He captioned the post, “It’s bigger, better, and the brew is piping hot,”. Karan included highlights from prior episodes as well as the debut date of the new season.  The weekly show will premiere on July 7th, Friday. We can’t think of a better way to kick off the weekend where you would not have to wait for a specific period to view it this year because Season 7 is especially exceptional and will be available 24 hours a day, seven days a week on Disney+ Hotstar. This is pretty fantastic because we can now watch the show at our own pace and in our leisure time.

About Koffee with Karan Season 6

The last season of Koffee With Karan aired in 2018 and feels like ages ago.  We saw Bollywood’s top superstars become all honest with KJo as he speculated and pushed them to disclose the spicy secrets about B-glamour Town.

KJo’s chat program also works as a fortune teller. Celebrities frequently leave subtle signals about their daily life for people to pick up on. Deepika Padukone hinted last season that she would marry before Alia Bhatt, which she has proved. Additionally,  the lovely Vicky Kaushal and Katrina Kaif, who look like a real lovey-dovey couple, started dating because of the Koffee couches. Alia Bhatt also gave hints about her future plans with Ranbir in the previous season.

Read More reviews of the show at Quora.com

Previous article
Khuda Haafiz 2 Review: Vidyut Jammwal Starrer is an Emotional Tale of Vengeance
Next article
10 Emotional movies that can make you cry and happy at the same time
Flickonclick Team

Shahid and Kiara were the latest pair of celebrities to grace the couch of Koffee With Karan. The...
News

Famous Bollywood director and producer, Karan Johar announced via Twitter on Thursday that his popular and controversial talk...
Entertainment

Zestful and animated Ranveer Singh and the always charming Alia Bhatt turned the season opener for Koffee With...
News

You cannot avoid the thrill and craziness of Koffee With Karan if you are a fan of Bollywood....