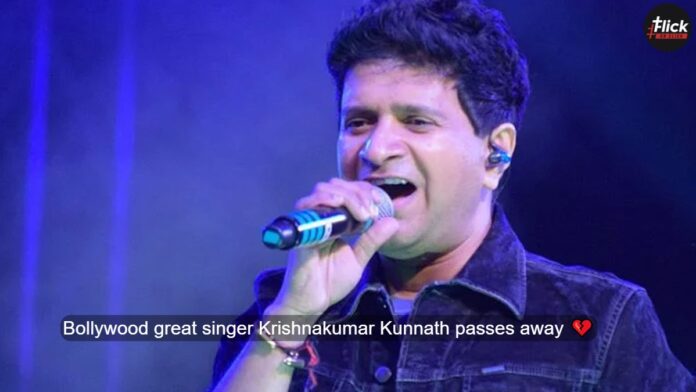 Krishnakumar Kunnath, widely known as KK, expired at the age of 53 after suffering a heart attack in Kolkata.  The musician felt ill while playing at a performance at Kolkata’s Nazrul Manch. He arrived at his Esplanade hotel, where he spoke of feeling uneasy.

KK (Krishnakumar Kunnath), who captivated music fans for over three decades, has passed away. The 53-year-old musician died following a live concert in Kolkata. KK reportedly tumbled down the steps at his hotel following his concert at Nazrul Manch on Tuesday. He was proclaimed deceased at the Calcutta Medical Research Institute around 10:30 p.m. (CMRI).

KK’s last Instagram post occurred while he was still playing on stage. “Exciting show tonight at Nazrul Mancha.” Vivekananda College!! “I adore you all,” he commented.

KK performed in Bengali, Tamil, Malayalam, Hindi, Kannada, Assamese, and Marathi, among other languages. The singer was brought to a private hospital on Diamond Harbor Road after becoming ill. According to references, he complained about not feeling well while playing on stage.

Saddened by the untimely demise of noted singer Krishnakumar Kunnath popularly known as KK. His songs reflected a wide range of emotions as struck a chord with people of all age groups. We will always remember him through his songs. Condolences to his family and fans. Om Shanti.

Prime Minister Narendra Modi was among the first persons to express sympathies on social media following KK’s death.  Prime Minister Modi Commented.  “We are saddened by the sudden death of acclaimed singer Krishnakumar Kunnath, also known as KK.” His songs expressed a wide spectrum of emotions and touched individuals of all ages. We shall remember him forever through his songs. Our hearts go out to his family and supporters. “Om Shanti,”

Several Kolkata-based musicians have expressed their sorrow at KK’s untimely death, who will be recognized for songs such as ‘Pyaar Ke Pal,’ Tadap Tadap Ke Is Dil Se, Awarapan Banjarapan, Aankhon Mein Teri Ajab Si, Khuda Jaane  Yaaron, and O Meri Jaan among many others songs.

Yo-Yo Honey Singh invaded the Hindi music business, taking everyone by shock with his fresh style of compositions....
News

Bappi Lahiri, the singer-composer who pioneered disco songs in Indian movies in the 1980s and 1990s, expired on...
Entertainment

Krishnakumar Kunnath, fondly referred to by his initials KK recently passed away due to a cardiac arrest suffered...
Talent