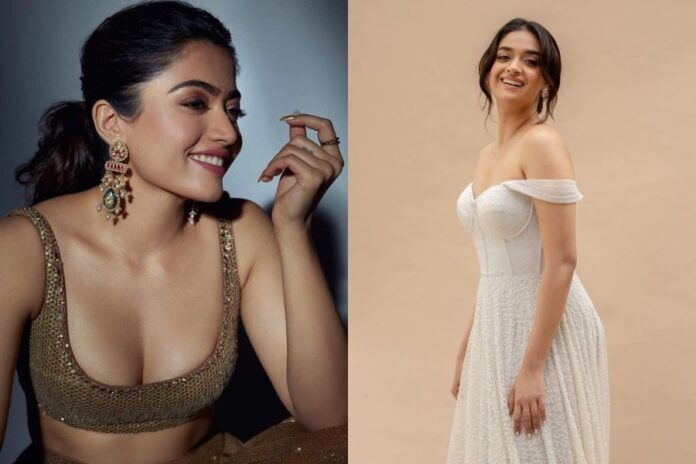 Here are the hottest Tamil actresses in 2023

Samantha Ruth Prabhu is one of the hottest Tamil actresses who has established a legacy in the Indian film industry. Her looks go viral on social media in a blink. She is rumoured to work in a Bollywood movie opposite the Indian superstar Akshay Kumar. Samantha is only 35 years old, and we can see her becoming the top actress in Indian cinema in the upcoming few years.

Trisha Krishnan is a perfect beauty in whom you can find no faults. She is ruling the film industry with her impactful performances and the hearts of her admirers with her hot and sexy looks. She is surely among the hottest Tamil actresses right now.

The Lady Superstar of the South, Nayanthara, is perhaps the most revered Tamil actress who is getting hotter and sexier with time. She is currently working on the Bollywood movie Jawan opposite Shah Rukh Khan, and we can expect her to mesmerise the fans in North India with her hot and bold looks.

Shriya Saran has unparalleled beauty. She is like a serene sea which rules over everyone’s heart. Shriya was recently seen in Drishyam 2, and fans went crazy with her hot and scintillating looks. She is definitely one of the hottest Tamil actresses in the Indian film industry.

Keerthy Suresh is a symbol of hot and sexy in the Tamil film industry. The actress is getting sexier with her every movie. Her recent photos on Instagram have gone viral, and she is now being talked about in the Northern parts of India as well. We expect her to become a top star in the film industry.

This hot Tamil actress is talked about much lesser than other actresses despite having a beautiful body. Vani Bhojan is utterly beautiful, and her sexy saree looks can turn anyone into her admirer. Surely, she deserves to be among the hottest Tamil actresses.

Kajal Aggarwal is one of those hot Tamil actresses who have been successful in various film industries in India. She has a hot figure and nails her every look, which ultimately becomes a fashion statement on the internet.

This list of hottest Tamil actresses could not have been completed without Rashmika Mandanna. She is very beautiful and bold, and people even term her the crush of the entire country. Rashmika is getting g many offers in Bollywood.

The daughter of the legend Kamal Haasan, Shruti Haasan, is among the top hot Tamil actresses in 2023. She is known for her outspoken nature and raw personality. Shruti has one of the hottest figures for a female actress in India.

If you liked this hottest Tamil actress, then do check out the hottest Tollywood actresses.

HOT! Nora Fatehi Drops a Sizzling Video in Sexy Outfit on the Internet

Nora Fatehi, the hot and sexy Canadian actress and dancer, recently dropped a video of her on the...
Entertainment

Yashoda starring Samantha Ruth Prabhu in the lead is expected to earn Rs 3 Crores combined from all...