OnePlus 10 Ultra Concept and Design: What does patent pending says 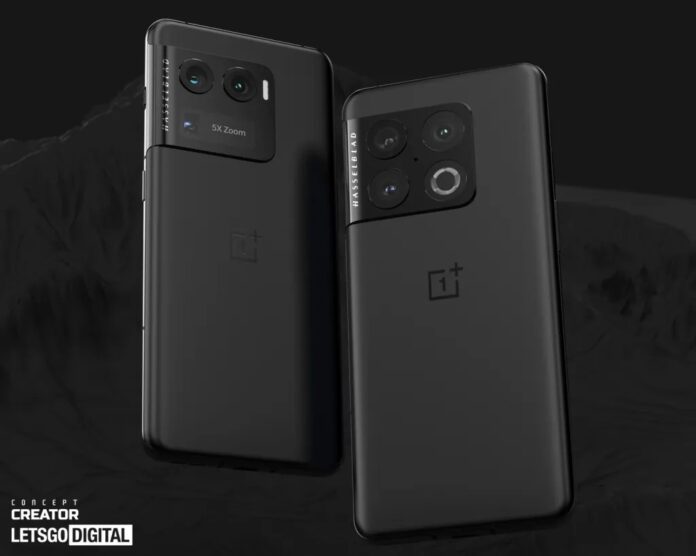 OnePlus 10 Ultra design images have surfaced online, showcasing the device’s design and camera arrangement. This comes only days after we discovered a patent application by OnePlus that offered us our first peek at the OnePlus 10 Ultra.

OnePlus is said to have submitted a patent for a smartphone that looks similar to the current 10 Pro flagship, but with a possible major difference. It substitutes the entire second row of hardware in the device’s back camera hump with equipment that resembles a periscope lens due to its long rectangular box.

Previously, we discovered that OnePlus may employ OPPO’s MariSilicon NPU for improved photography on its future 10 Ultra.  LetsGoDigital, in partnership with Jermaine Smit aka Concept Maker, has now generated conceptual illustrations of the10 Ultra relying on patent pictures.

The images show a similar look to the OnePlus 10 Pro, but with a unique camera configuration. Furthermore, according to the rumor, the OnePlus 10 Ultra could be released in the second quarter of 2022.

OnePlus 10 Ultra Concept: Everything we know so far

The concept renders of the 10 Ultra give us an intimate preview of the device’s appearance. The style of the OnePlus Plus 10 Ultra is identical to that of the recently released OnePlus 10 Pro.

The lens arrangement at the rear, which is a triple-camera configuration, is the key selling point here. The cameras could include the identical 50MP ultra-wide camera and 48MP wide-angle optic. Whereas, the third part is most likely a rectangle shape telescopic lens with 5x optical power. This will be the first OnePlus phone to feature a periscope camera. The OnePlus 10 Pro has a maximum zoom of 3.3x. The patent docs do not disclose the camera’s specifications, although we may anticipate a 5x zoom capability. OnePlus and OPPO combined last year and shared identical software across their handsets.

According to a new rumor, OPPO will launch its first Hasselblad photography handset, the OPPO Find X5 Pro. The OnePlus 9 line was the first to feature a Hasselblad sensor. OnePlus will now use OPPO’s MariSilicon NPU in its future OnePlus 10 Ultra for an enhanced image

According to rumors, the 10 Ultra will have a curved screen on the front and an uppercut camera cutout on the side. It has a power key on the right edge, an alert lever, and volume sliders on the left. On the base, there is a USB Type-C connector, a SIM slot, and a mic.

The 10 Ultra is going to feature a Qualcomm Snapdragon 8 Generation 1 + chipset, which will be available in the upcoming months. The phone will have a 5,000mAh battery capacity that enables quick charge at 80W SuperVooC and 50W AirVooC. The 10 Ultra could come with a 120Hz QuadHD+ Amoled screen and the Oxygen 12 skin powered on Android 12.

The Nord 2 has finally been released by OnePlus as a follow-up to the well-rounded previous Nord model....
News

The OnePlus RT launch is expected to be released in India on December 16. The smartphone has been seen...
Technology

Here is a review of the Google Pixel 6 with the OnePlus 9 Pro. When you compare Google...
Offers

One Plus has been quite popular over the years after the launch of its first device and they...
Technology

OnePlus 10R 5G is expected to launch on 28 April 2022, and the comparisons with the awaited smartphone...
Offers

One Plus had announced a new segment in its lineup of smart devices last year, that is the...
Offers