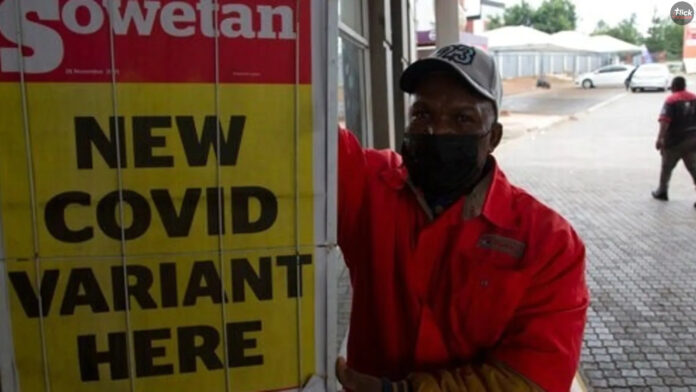 Omicron, the new emerging variant of COVID-19 is spreading mostly in European countries after the United Kingdom. It was first identified in South Africa. This new variant has made governments worry around the world and they searching for ways to stop its spread.

The new variant has raised global concerns. However, the omicron variant has been detected in Hong Kong, Belgium, Israel, Britain, and Botswana. Countries are worrying that the vaccines might not work against this variant, that’s why many countries have imposed travel restrictions on flights from South Africa. 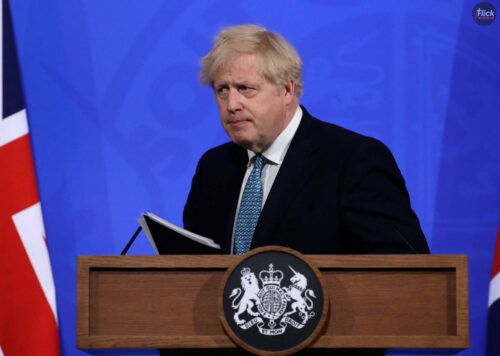 According to the experts, it’s too late to restrict omicron now as the circulation has started. The entire world is on high alert as more than 5 million people have lost their lives in the pandemic.

A spokesperson from the northern Czech city of Liberec confirms the new omicron strain in a woman. Moreover, Vaclav Ricar told Czech Television Saturday that he and his colleagues from the department of genetics and molecular diagnostics have confirmed the strain with a 90 percent probability.

According to Czech Prime Minister, Andrej Babis, the woman visited Namibia and flew back to the Czech Republic via South Africa and Dubai. The woman had undergone full vaccination, even though she had mild symptoms of the disease.

An Italian who traveled to Mozambique happens to possess the omicron variant. The Italian news agency LaPresse confirms this news and also said that the business traveler landed in Rome on November 11 and returned to his home near Naples.

His family too possesses the infection and all the five members of the family are under isolation in Naples. Sacco hospital, Milan, confirms the variant and according to Italy’s National Health Institute, the man has received two doses of the vaccine.

Munich-based microbiology center, the Max von Pettenkofer Institute says that two travelers who arrive on a flight from South Africa on November 24, possess the omicron variant. Meanwhile, according to the Dutch public health institute, the omicron variant is found mostly in all the tested passengers, who went for isolation after arriving Friday in Amsterdam from South Africa. 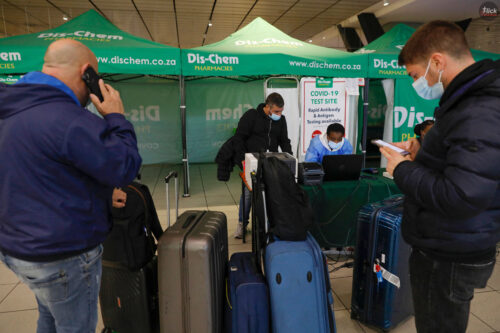 Prime Minister Boris Johnson says it is necessary to take some actions regarding mask-wearing rules. Also, the government should immediately start monitoring international flights arriving after the detection of two new cases in the United Kingdom. He also says that it’s time to maximize our defenses before it’s too late again.

The health officials were able to detect only one so far out of seven cases. Out of seven, three received full vaccination. Israel is hunting down 800 travelers who returned recently from South African countries back to Israel.

According to the National Institute for Public Health (RIVM), the omicron variant was found in a number of tested persons. Also, they were under isolation after arriving Friday in Amsterdam on two flights from South Africa.

The Public Health department is waiting for more sequencing analysis to determine that it is the omicron variant. However, a total of 61 people were the test subjects and the final report will arrive on Sunday.

New studies suggest that for many people who have been infected with a mild case of COVID-19, their...
News

There is a race against time going on between the pharmaceutical companies to develop COVID-19 drug and Pfizer...
Fitness

An unexpected surge in the COVID-19 cases in the world has made everyone worry about their health. People...
News

The real story behind Zara Workers Exploitation amid Coronavirus crisis

The novel coronavirus has impacted several industries to varying degrees all over the world. Out of all industries,...