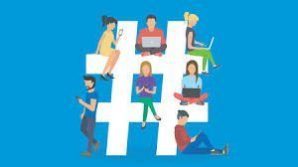 On Sunday, a medium-intensity earthquake of magnitude 3.4 hit Delhi. But netizens took up their responsibility to provide a light-hearted mood to the ongoing hassle in the state.

As the epicenter of the earthquake was near Wazirpur in northeast Delhi, it was the third incident in less than a month, according to the National Centre for Seismology (NCS).


Since the beginning of these tremors, no casualties have been reported until now. And a report released by the NCS stated that these shocks have been a part of the regular tectonic plate shift movement inside the core.

The shifts, which generally take place during this part of the year, are completely harmless. But little do the citizens knew that there were more reasons to think about the hardship battle.

Yesterday, the national capital experienced a mix of dim rainfall and stormy weather which impacted its way into the state and other neighboring regions. The state became a center of worries.

According to the India Meteorological Department, this sudden activity is coming from its ways of the western disturbance which has resulted in dust storms, thunderstorms, and mild rainfall in Delhi-NCR.

Amid the situations of lockdown and now with these scenarios, the tweeters had it enough and took the matter into their hands. So, using the current situation as a nod and taking classic one-liners related to all Delhites, netizens expressed what it is like to be while living in the city among the sudden activities.

One Twitter user wrote, “THE EARTHQUAKE THREE TIMES IN A MONTH IS AN INDICATION AND MESSAGE FROM MOTHER EARTH THAT THERE IS TOO MUCH SIN IN DELHI. PRAISE THE GOD”.

Nodding to the regular shifts in Arunachal Pradesh one user wrote, “I remember how my aunt who lived in Arunachal used to react to the frequent #Earthquake there when warned of it by my cousins.

Also, check out some of the interesting tweets that we came across.

The topic became quite popular on the social platform in-between the situations. And it was quite assuring for the people that the Delhi citizens are still going forward with positive response and attitude of being a citizen of the heart of the country.

As of May 10, the total number of COVID-19 affectees in Delhi is 6,923. The toll for the recovery patients has been good and reached a total of 2,069. Currently, 25 patients are under a ventilator and are given proper medication in the extensive care unit.

Yesterday, Twitter introduced a new voice over feature which allows users to add audio voice messages in their...
Entertainment

Glenmark Pharmaceuticals has launched the first-ever COVID-19 vaccine in the country on Saturday. Launched under the brand name...
Entertainment

Are you looking for a perfect location for your date? Well, then giving the MaplePods a shot would...
News

The Union Cabinet, on Wednesday, announced the new National Education Policy (NEP) in the country, bringing a new...
Entertainment

A lot of advancements have been made by the Krafton company to launch PUBG Mobile in India after...
Entertainment

If you ever wished for free Netflix or asked the same from a friend and they've denied only...
News