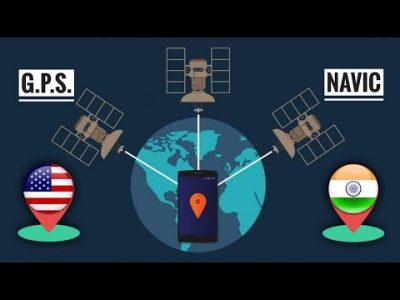 India has now it’s very own satellite navigation with Indian Constellation (NavIC) that has been developed by the Indian Space Research Organisation (ISRO).


All the developed countries have it like America has GPS, Russia has GLONASS, the European Union uses Galileo, China has BeiDou Navigation Satellite System (BDS) and now India is ready to have its own NavIC tech in smartphones. 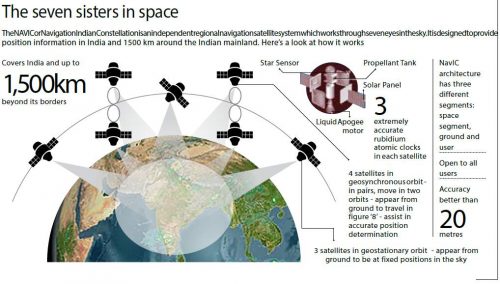 It would come along with the launch of three new 4G-enabled mobile processors from Qualcomm that will provide power to affordable Android phones in India. The system is said to be more accurate than GPS due to two reasons – it has a position accuracy of 5 meters and is powered by dual frequency bands (S and L), unlike GPS that is only dependent on L band.

All the 4G enabled mobile systems will get to experience the new Qualcomm Snapdragon 720G, 662 and 460 mobile chipsets. It will support the NavIC navigation system developed by ISRO.In India, Realme and Xiaomi(Chinese brand) will be the first to launch the smartphones with the new Snapdragon 720G chipset with NavIC support soon.

NavIC on Qualcomm chips is processed in such a way that it holds the capability to tell the users the exact direction. It will tell you whether to turn right or left when you step out of a building or anywhere.


Often, the GPS fails to do so and is unable to show the exact direction. But NavlC is here to solve the problem given that 8 Indian satellites would be used to power the NavIC system.

NavIC: Custom made for India

Technologies are made keeping in mind the environmental circumstances where it is going to function. Similarly, NavIC made by ISRO is only meant for India. The system is designed according to the Indian conditions such as overcrowded localities, thick wall buildings, and regions where connectivity is patchy.

Earlier people did not prefer going to unknown places because of the fear of getting lost in a strange place. Also, It was difficult to ask individuals on the streets about the location at every turn. With the coming of new techniques, the issue got solved and NavlC is one among those techniques offering visual direction at every turn followed by voice navigation.

NavlC technique is so advanced that even the Indian Air Force has proposed to integrate into its system to improve the navigation while traveling. It’s a matter of pride for ISRO and ISRO has been the pride of India forever and it will continue to be so.

There have been some amendments in Central Motor Vehicle Rules 1989 from 1 October 2020 by the Union...
News

Unified Payments Interface or UPI transactions, as its commonly known, are going to be charged by the Banks...
World News

Prices of Gold and Silver rose on July 30, as hopes of fresh policy easing measures from various...