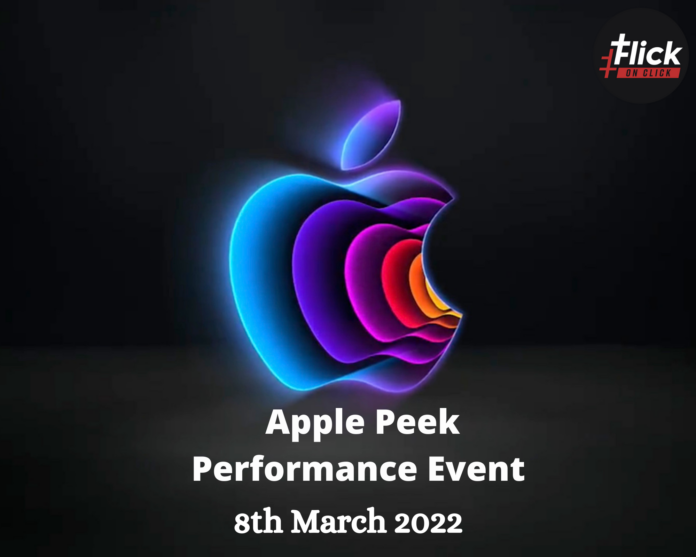 Apple will hold its first online event of 2022 on March 8 at 11.30 p.m. IST, where it is likely to introduce the iPhone SE 5G and a redesigned iPad. The tech titan may also unveil a new Mac with Apple Silicon at the Peek Performance presentation. Apple Peek Performance event will take place on March 8 at 11.30 p.m. Apple’s event will be broadcast live from the Steve Jobs Auditorium. Hence, the Apple event will be live-streamed on the Apple Events homepage.

How to watch Apple peek Performance event and what to expect?

It’s also available via the Apple TV app and Apple’s YouTube page. You may also find the most recent Apple event news on our website, FlickonClick.com. At the Peek Performance presentation, Apple is likely to unveil the redesigned iPhone SE 5G.

According to some of the rumored iPhone SE 5G features, the device will include a 4.7-inch screen, a sole rear camera, an A15 Bionic CPU, and Touch ID on the Home button. According to rumors, Apple will keep with the iPhone SE 2020 layout for the next iPhone SE 5G.

Significantly, it will most likely be released with 3 storage options. The phone will be available with storage capacities of 64GB, 128GB, and 256GB. According to analyst Ming-Chi Kuo, Apple will release the smartphone in red, white, and black color schemes. 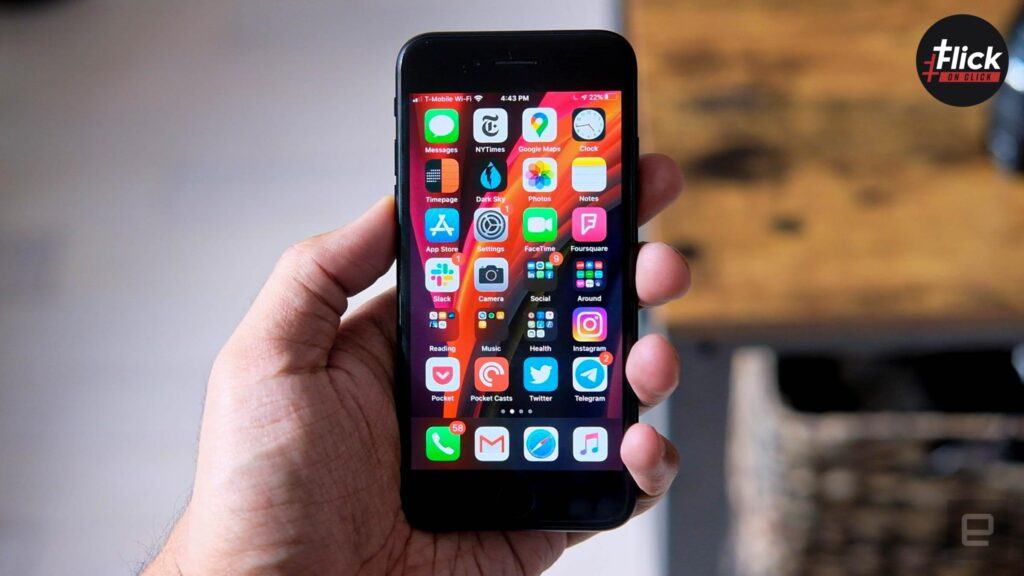 Along with the iPhone SE 5G, we may see a new iPad Air with a similar design as the iPad Air 2020. Although, the majority of the adjustments will most likely be beneath the hood. For 5G support, a faster chip, presumably the A15 Bionic, will be available. However, it will also include capabilities such as FaceTime Main Stage.

Apple is also expected to release a new Mac mini featuring M1 Pro and M1 Max processors. Last year, the same CPUs were introduced with the 14-inch and 16-inch MacBook Pro versions. According to Bloomberg’s Mark Gurman, an Apple M2 chip-powered Mac with an 8-core processor and up to 10 GPU cores is also being evaluated. Moreover, the anticipated M2 MacBook Air or MacBook Pro may be unveiled at the Apple presentation.

Aside from the hardware, Apple is likely to make the iOS 15.4 upgrade public at the ‘Peek Performance’ event. It is currently in the beta testing stage. Additionally, Face ID when applying masks, Universal Control, and new Emotes will be included in the forthcoming software release.

Previous articleRealme C35 Launched In India: Everything You Need To Know
Next articleSamsung F23 5G: Price, Specs, Features and all you need to Know
Udit Arora