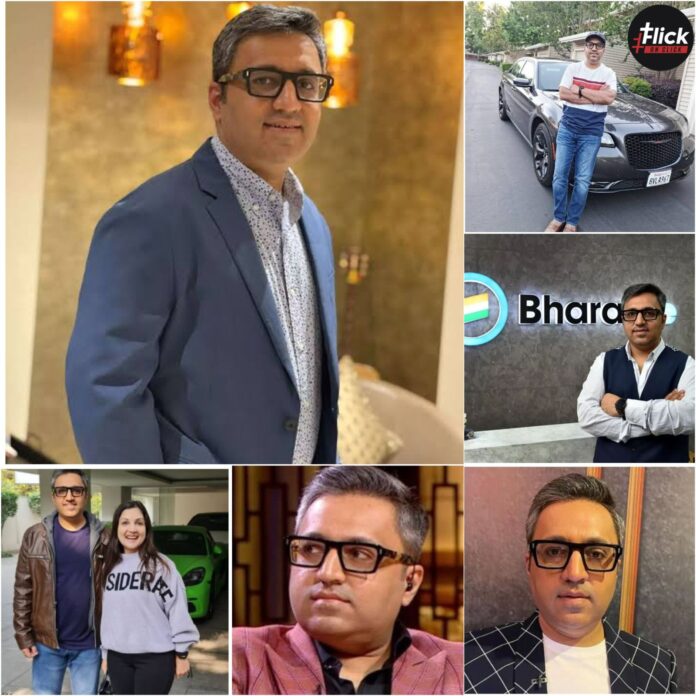 Shark Tank India proved to be a profitable venture! The show’s popularity grew as a result of its panelists and contestants. Ashneer Grover, the owner of BharatPe, was one of the panelists. Importantly, his show’s slam lines went viral on social media and he became an internet celebrity. The show offered us a taste of Ashneer’s businessman demeanor. Here’s a sneak peek at his lavish lifestyle.

Ashneer is one of India’s wealthiest businessmen. According to GQ India, his net worth is believed to be Rs 21,300 crore. He created BharatPe in 2018. Significantly, he also stakes in several start-ups, which adds to his riches.

Indeed, show Shark Tank India Judge is believed to have a large vehicle collection. He is claimed to own a plethora of high-end vehicles, ranging from Audi to Mercedes. He also has a Porsche in his inventory. Ashneer’s workshop Contains a Mercedes Maybach S650 valuable At ₹ 2.5 crores, a Porsche Cayman S whose best model in India is at ₹ 1.89 crores. Additionally, Mercedes Benz GLS 350 valued at  ₹  1.14 crore in India, and an Audi A6 expensive at  ₹  58.80 lakh.

Especially, he owns a mega residence in Delhi’s Panchsheel Park. According to the photos he posts on social media, the property is with opulent furnishings, luxurious sofas and chairs, pricey artworks, and more.

How does Ashneer Grover Earns Money?

Read More: Shark Tank India: Get To Know Who Are The Sharks

Previous article
8 Mouth-watering Best Waffle Places in Delhi NCR
Next article
How To Love Yourself on Valentine’s Day If You Are Single?
Flickonclick Team

Sony Entertainment Television aims to provide a fantastic experience for business aficionados with the very first version of...
News

Registration for the Shark Tank India Season 2 is now open, and budding entrepreneurs with a business pitch...