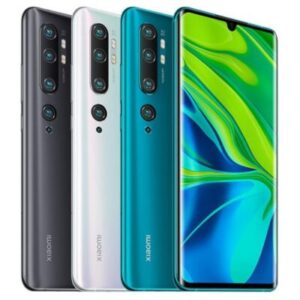 The IUC (Interconnect usage charge) battle that has been going on for years is now intensifying. IUC is a charge which a telecom pays when a call lands from its network to some else’s, and IUC is the main reason why most of the big networks have now reduced their ring duration to 25 seconds. This is how everything started.

On 1st October 2017, TRAI had reduced the IUC charges from 14p per minute to 6p per minute. At that time, Vodafone and Idea were separate entities, and along with Bharti Airtel, the three had a 60% market share.

This meant that calls from smaller operatives landed on their network, earning the trio a huge amount of money. Jio was still getting a hold at that time and was the highest payer.

With the reduction in IUC prices, the Airtel-Idea-Vodafone lost over 4,000 crores in annual revenue, while the smaller players like RCom, Jio, Aircel, and BSNL saved about 2,500 crores on their annual expense. Vodafone was so affected by this that it urged TRAI to rather increase the rate to 20p per minute, but to no avail.

The Turning of the Tables


Jio, which had profited from the rate cut, continued to bleed significantly. Because of Jio’s revolutionary “unlimited voice call” service, many people from other networks began sending missed calls to Jio users, who would then call back for free.

But there is no such thing as a free lunch. Jio had to pay more and more as its network was flooding with missed calls. Then Jio did the only thing it could to tend to its wounds – It reduced the outgoing call duration to a mere 25 seconds.

And this came at about the same time when Airtel and Vodafone-Idea started rolling out similar plans like Jio and providing unlimited voice calls. Combined, it meant that the majority of non-jio users now had just 25 seconds to pick a call, missing which would mean a callback and a few paise in favor of Jio.


The blame-game and the checkmate.

Airtel began blaming Jio for reducing ring duration for manipulating and profiting from the IUC rules. As the paychecks to Airtel and Vodafone-Idea got even thinner, so did the intensity of the battle.

Jio, on the other hand, says that 15-20 seconds ring duration is the ideal time and is backed by international standards. When Airtel, Vodafone-Idea, BSNL, and MTNL back the minimum 30-seconds ring, Jio maintains the stance that anything over 20 seconds is a waste of time and useful resources.


Last month, Bharti Airtel warned TRAI to make Jio increase the ring duration else it would reduce its own ring time as well. And it comes as no surprise that both Airtel and Vodafone-Idea have reduced their outgoing rings from 35-40 seconds to 25 seconds, in the hope of restoring the balance.

From January 2020, IUC would be abolished completely (that is, it would be reduced from 6p per minute to 0p per minute). But until then, everyone seems to be trying to bag as much profit as they can.

Previous article
Facebook to Invest in Indian Tech based Startups.
Next article
Amazon Great Indian Festival is Back with amazing offer, check out now.
Flickonclick

Jio Prepaid Offers: Get 3 GB Daily Jio Data Along With Subscription Of Disney+Hotstar

The IPL is here and upcoming is the season of festivals, which is why celebration is a must....
Offers

Some of the Amazing Plans Available, Benefits and Validity for the Jio Fiber Plans 2021

Jio is offering its Fiber Plans starting as low as Rs 399 already competing with all other broadband...
News

With the recent announcement of Jio’s upcoming launch for their new app “JioMeet”, it seems competition is at...
Technology

Airtel is all set to give its users more than a fantastic internet experience. Yes! With the new...
News

How to Get Your Hands on JioFibre Connection?

The JioFibre was launched on 5th September 2019 and everyone is eager to book a connection for themselves...