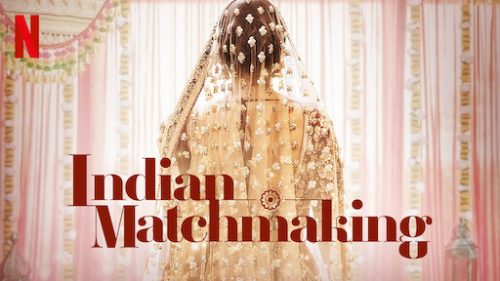 .The Netflix new 8-episode series “Indian Matchmaking” has been seeing a whopping amount of reactions over the internet. While there is a mixed tone among its viewers, the worldwide streaming platform has steadily paced into the heartly life of Bollywood and the Indian culture.


The new series showcases the portal method of marriage counseling. The basic difference between an actual marriage. The series is that an actual marriage fixation occurs between the 4 walls. While here it is to be live for more than 193 million subscribers worldwide.

Indian Matchmaking starring Sima Taparia is Netflix’s new series that brings you the concept of arranging marriages in India. Sima Taparia, the host, performs her role as a mediator, astrologer, face reader, and marriage coach. She wants to accomplish her mission of arranging a group of NRIs.

On her mission, she jumps back and forth from New York to Mumbai and Houston. While peeping into bedrooms and exploring through the personal experiences of these men and women. The story of these 8 couples revolves around each episode while sharing how they feel about the other one.


Two individuals, of opposite gender and new to each other, meet for the very first time. Then a series of analyses run in their minds whether the other one is fit for the rest of their lives or not. All seems pretty normal, right! Then why the show has hiked so much over the internet for itself?

The main propaganda supporting the fame and success of the series is the very concept of arranging marriages. As it is quoted, “Marriage in India is not only closure of 2 individuals, but it is the lifelong bonding of two families”. And this very concept has fascinated the westerners for a long time.

For many Indians, even for the Western-educated ones, experience the pressure of getting married, soon after they are in their mid-20s. Marriage counseling, mutuals, dating apps, etc. are amongst the common solutions to most of the adult singles.

And this created a much wider aspect which is: the Choice. While some viewers found the show “Crave-worthy”, there are many who found it “Cringing” and “Exaggerating”. Maybe it is due to the reason that our contestants are still revolving around centuries-old relics of skin tone, communities, and culture.


Because of these very reasons, viewers find the series to be an ugly mirror to arrange marriages in our society and their stereotypes. Meanwhile, contrary to the Indian viewers, majority viewers from the U.S and U.K are buzzing over this new storyline of marrying.

Opposite to “Bachelor” and “Love is Blind”, Indian Matchmaking is a new experience for the Asian community living there. The show is a popular win amongst these countries and has paved ways for Netflix to succeed against its competitors including Amazon Prime Video, Disney+ Hotstar, and Zee5.

Additionally, Netflix has shifted its focus on Indian consumers. The company recently announced 17 new titles for the Indian market. Also, has also announced a new “Mobile+” plan at Rs 349 a month, which is quite good when compared to other streaming services.

“Indian Matchmaking” aired last week. It is available under a Netflix subscription and is revised for another season as well. With plenty of reviews and fire of popularity (not of critical acclaims but its cringe content), it will be surprising what Netflix will bring in the upcoming season.

Previous article
Dil Bechara: The Film With Which Everyone Bid Farewell To SSR
Next article
Upcoming TV Shows And Movies Amazon Prime Video In August
Flickonclick