Cyclone Amphan has been in the news to hit Bengal today on May 20. Up until now, the storm had been out there in the outskirts in the ocean but now the conditions have been devastating for the areas of Bengal. Parts of Odisha and Bengal have been put under red alert for the upcoming days.


The storm is also believed to bring strong winds, heavy rainfall, and floodings in Howrah, Kolkata and nearby neighboring cities. As the new reports suggest, cyclone Amphan stands at 155km south-southeast of Paradip, Odisha, and 280 km south of Digha in West Bengal.

The storm was detected first by US Space Agency NASA on May 16. The first images captured by their Aqua satellite showed that a storm building upon the south-east Bay of Bengal. Subsequently in the last four days, the storm has crossed the mark of a Category 3 hurricane. 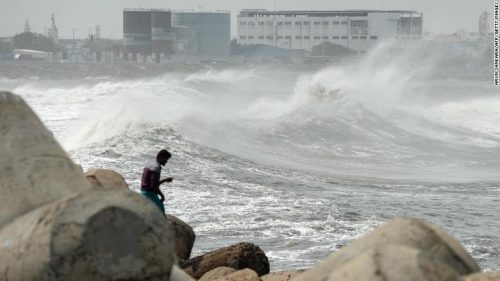 What can we expect from the cyclone amphan?

NASA revealed that the coldest cloud temperatures could be as low as minus 56.6 degrees Celsius. These types of low-temperate storms can bring strong winds and heavy rainfall for prolonged periods over any affected areas.


On the other hand, the Indian Meteorological Department (IMD) stated that Cyclone Amphan has now reduced from a Super Cyclone to an Extremely Severe Cyclonic Storm. It is also believed that the cyclone will bring strong winds ranging between 155–165 km/hr with it on Wednesday.

State Has Evacuated A Major Part of the Population

The state has already evacuated 3.3 lakh people from the coastal parts of Orissa and Bengal. Roadway, railway, and airport authorities have been suspended from any further work until further notice. Hospitals and other medical centers have been advised to prepare themselves for the next two weeks.

National Disaster Response Force (NDRF) has appointed 37 teams to tackle both Cyclone Amphan and COVID-19 pandemic in the state. And in cooperation from the central, Union Home Secretary Ajay Bhalla has assured me to deliver assistance if required.

Meanwhile, cyclone Amphan is the second pre-monsoon storm that has come to the Bay of Bengal in the past 2 years. Previously, India has faced cyclone Fani which came to Orissa in April 2019. With the evacuation of over 10 lakh people, the state has assured to keep a “Zero-Casualty Target”.