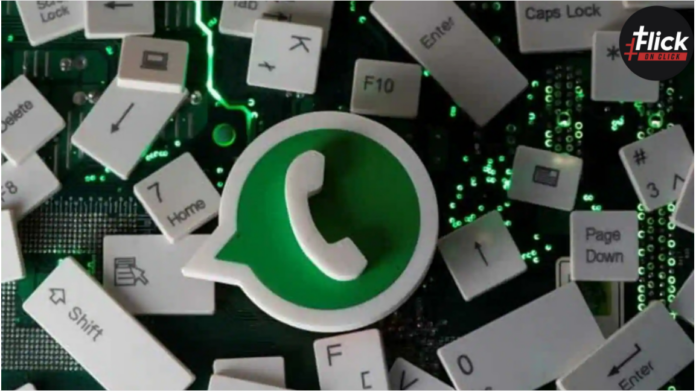 WhatsApp updates its app regularly and adds new features. The business has previously stated that it is working on the new sketching tool as well as the option to move talks from Android to Apple iOS.

However, in addition to these features, WhatsApp is working on a series of others, including WhatsApp Communities, an extended WhatsApp message deletion timeframe, and text emoji responses. Here’s a list of all the future WhatsApp features.

WhatsApp is introducing new features like working on increasing the time restriction for the ‘Delete for Everyone’ function from one hour, 8 minutes, and 16 secs to 2 days and 12 hours. The plugin would allow users to remove incorrectly transmitted messages over a prolonged period.

Meanwhile, a screenshot of the WhatsApp Communities features has been provided. The feature would enable and allow group administrators/Admins to add and manage many WhatsApp groups from a single geographic location. It would also allow administrators to deliver critical notifications to all users at the same time. 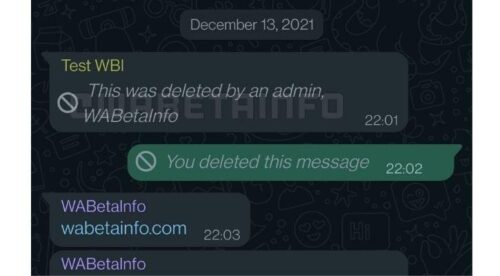 According to findings, WhatsApp will extend the time limit for consumers to delete messages for everyone. Now, you can remove a WhatsApp message sent in either private or group conversation within 1 hour, 8 minutes, and 16 seconds. WhatsApp does not permit and enable you to Delete text for Everyone beyond this time frame.

This was first discovered by WABetaInfo, a reputable new WhatsApp features tipter, who discovered the recently introduced feature in WhatsApp Beta for the Latest Android 2.22.4.10.

Unfortunately, the update has not yet been made public and is currently under preparation. In case you missed it, there was previously chatter that WhatsApp could increase the message deletion timescale to a full week. 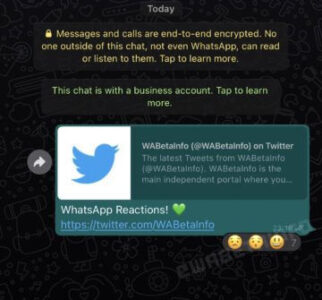 Since last November, we’ve been hearing rumors about WhatsApp introducing iMessage-style emoji responses. We can finally see how text reactions will look on WhatsApp for Apple and Android. WhatsApp consumers, like iMessage users, will be able to respond to a text instantly. There are now six emojis.

There’s no news on when the functionality will be accessible. However, WABetaInfo guarantees that whenever emoji responses become available, they’ll be end-to-end secured. Other Facebook chat apps, such as Messenger and Instagram DM, allow users to add their emoji responses, but such a feature will not be available on WhatsApp emoji messaging responses at launch.

However, like with the other improvements stated above. Although, there is no news on when the WhatsApp Communities function will be available. Flickonclick will keep you updated as soon as the new improvements are included in the stable version.

Whatsapp comes again with a new update 'disappearing messages', WhatsApp is the standalone king of the instant messaging...
News

WhatsApp said on Tuesday that to curb the spread of misinformation, it is announcing limits on forwarded messages...
Technology

Have You Checked The New ‘Add To Cart’ Button in WhatsApp?

WhatsApp has been bringing in updates after updates and that too all the good ones this year. Now,...
Technology

WhatsApp has finally released a new version that allows up to 32 individuals to participate in a group...
Technology

It seems that WhatsApp users are enjoying new features so far but the demand for new updates never...
News

WhatsApp is bringing a variety of new highlights and features in its platform; so as to not only...