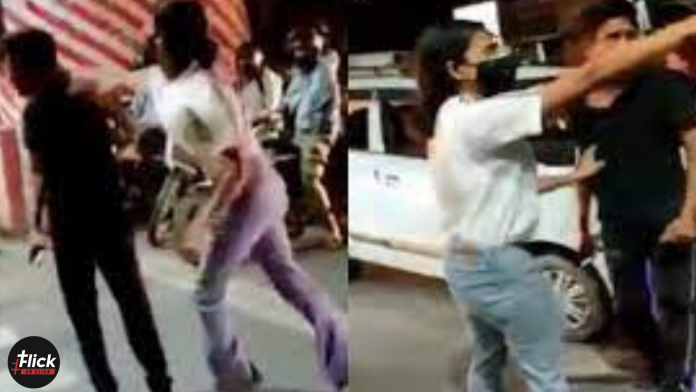 A shocking video of a woman brutally slapping a driver recently surfaced on social media platforms. This incident took place at Awadh crossing in Lucknow, Uttar Pradesh, where the woman caused a massive uproar by attacking a cab driver without any signs of stopping until the interference of the onlookers.

The violence depicted in this video is alarming, but instead of turning a blind eye to such incidents, we should try to understand the cause and effect it will result in and stand up for the just side to make sure no more innocents fall victim to it.

To help us understand this incident further, we will first understand what feminism is and get to the bottom of it. 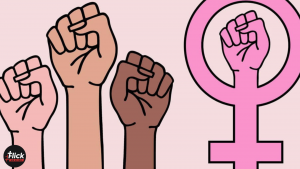 The pseudo is silent in feminism

First, let us try to understand what feminism is and what it stands for. Feminism can be defined as a series of social and political movements, philosophies aiming to achieve gender equality by empowering women and putting an end to the unfair treatment and discrimination against women. In short, feminism is about uplifting women.

On the other hand, pseudo-feminism suggests that women are superior and deserve more respect while people of different sexes do not. It supports the idea of bashing and demeaning other sexes.

So who is to be blamed?

In this recent viral video on Instagram, who was actually at fault?

It was a green light for the vehicles as they made their way through the signal; a woman suddenly tried to cross the road, clearly being in the wrong.

A cab driver puts brakes to his momentum and stops right before the woman, who then forces the driver out of his car and breaks his phone, then proceeding to slap him without any notice or any signs of stopping until the onlookers meddle in. The driver did not retaliate one bit, afraid of being wrongly accused of assault.


That brings us to the question of who’s at fault; The lady, the driver, or feminism? The answer to this is the lady’s act of violence. It is the act that should be condemned, and the person responsible for this should be held accountable. Taking advantage of the fact of the existing so-called pseudo-feminism is what has been observed here.

Acts such as these shed the wrong light and set a prejudiced notion in people’s minds about the women’s empowerment movement as a whole. The more we ignore incidents such as these, the further the real issue loses its meaning after all.

When a person commits unjust acts, that person and their action should be judged and condemned, not their affiliation, gender, race, or religion, as it only spreads unjust hatred towards those communities.

Previous articleSchools Reopening in 4 Indian States, Details Inside
Next articleIndia’s Olympic Schedule for Tokyo 2020, Day 13, August 4: Everything You Need to Know
Flickonclick

One of the infamous companies Instagram recently has now launched a ‘Parents Guide’ in the latest of its...
News

Parag Agarwal will become the new Chief Executive Officer of Twitter. He will be overtaking Jack Dorsey as...
News

Nowadays, Instagram has become the most popular social media platform where people engage personally or expand their business...
Entertainment

The Netflix Original Documentary that has taken the world by a storm 'The Social Dilemma', is now being...
Technology

During the time of coronavirus, Instagram has ramped up their game and introduced food delivery through its app....
Entertainment

This year, get ready to watch the spectacular 14th edition of the Indian Premier League (IPL), starting from...
Lifestyle

Social media has been criticized a lot lately but it worked as gods' hand in the life of...