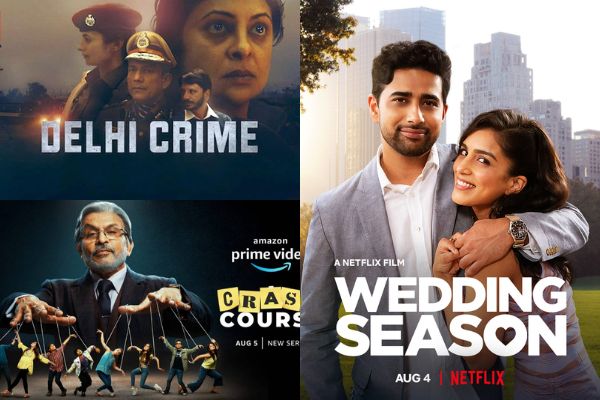 All eyes on August now with new titles and new seasons on OTT platforms that bring with them a promise of romance, thrill and of course good-old entertainment. Here is the list you need if you want to bid goodbye to your FOMO… 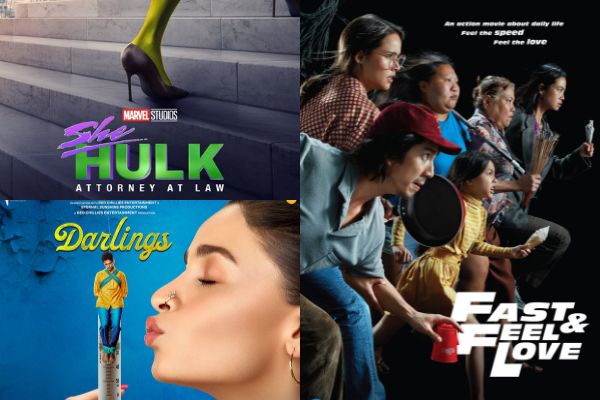 This action thriller directed by Kapil Verma, struggled to fill theatres, despite its star cast of Aditya Roy Kapur, Sanjana Sanghi, Jackie Shroff, Ashutosh Rana, Prakash Raj, Prachee Shah Paandya in pivotal roles. Makers want to salvage what they can with the OTT release and you should watch the 155 minute film for ARK and the action sequences in the film.

Ricardo Quevedos’ third Netflix comedy special Tomorrow Will Be Worse, follows ‘Los amargados somos más’ and ‘Hay gente así’. This show will be about the absurdity of situations that try our patience and Ricardo will examine stories about road rage to couples fighting during the pandemic,

Directed by Tom Dey, written by Shiwani Srivastava, Wedding Season is the story of Asha and Ravi (Pallavi Sharda and Suraj Sharma) who pretend to be dating each other to survive the season of weddings as their respective parents push them towards marriage. Soon the pretence becomes real, and things don’t go as planned. The show also stars Arianna Afsar, Sean Kleier, Veena Sood, Manoj Sood, Sonia Dhillon Tully, Damian Thompson, Ruth Goodwin, Ronica Sajnani, Julius Cho and Rizwan Manji

Based on the daily challenges and lives of people in 20s going into 30s this comedy story revolves around a champion plastic cup stacker dumped by his live-in girlfriend whom he completely depended upon, and how he has to figure out stuff by himself and also try to win her back.

Starring Alia Bhatt, Shefali Shah, Vijay Verma and Roshan Mathew, if this isn’t one of those ‘much-talked-about’, ‘much-awaited’ dramas then we don’t know what is. The dark comedy drama looks into the lives of a mother-daughter duo as they fight all odds to find their place in the city.

This drama series directed by Vijay Maurya, stars veteran actor Annu Kapoor alongside Bhanu Uday, Udit Arora, Pranay Pachauri and Bidita Bag. The show will be about the joys and struggles of student life with eight new faces like Mohit Solanki, Hridhu Haroon, Anushka Kaushik, Riddhi Kumar, Bhavesh Balchandani, Aryan Singh, Hetal Gada, and Anvesha Vij. The peer pressure these students face, in the highly competitive environment around them and how they deal with it is what makes this one thought-provoking and entertaining.

While this one might not have a theatrical release, this superhero martial arts franchise is awaited by fans on the OTT. This film is a follow up to the Nickelodeon animated series Rise of the Teenage Mutant Ninja Turtles that ran for two years. The film is about the battle between series-regular Krang, galaxy’s most dangerous alien force, and the Turtles. Casey Jones, a mysterious newcomer from the future, warns the Turtles that Krang would invade.

The sequel to ‘Khuda Haafiz’ (2020), ‘Khuda Haafiz: Chapter 2 – Agni Pariksha’, starring Vidyut Jammwal and Shivaleeka Oberoi, is said to be a heavy-duty action-thriller that is high on emotion and drama. This Faruk Kabir directorial did not perform as expected at the box office but the OTT release is touted to help it recover.

Mischievous, cute and much-loved Groot (voice over actor Vin Diesel) from The Guardians of The Galaxy, now steals the limelight with his very own dedicated web show. This fantasy is a collection of five Original shorts that showcase baby Groot’s journey across the galaxy.

Based on the popular best-selling graphic novels co-created by Joe Hill and Gabriel Rodriguez, this series is a magical mystery. For this Season 3, all episodes drop on the same day. The core ensemble of Tyler Locke (Connor Jessup), Kinsey Locke (Emilia Jones), Bode Locke (Jackson Robert Scott), Nina Locke (Darby Stanchfield), Duncan Locke (Aaron Ashmore), Scot Cavendish (Petrice Jones), Josh Bennett (Brendan Hines), and Frederick Gideon (Kevin Durand), are in for this season too. Touted to be the most intense season of the series, this one apparently focuses more on the family as they face greater threats and bond more.

Mindy Kaling’s Never Have I Ever is back with the much-awaited Season 3 this month. Indian-American teenager Maitreyi Ramakrishnan as Devi finally gets into a real relationship with a good-looking boyfriend like she always wanted – Paxton Hall-Yoshida (Darren Barnet) while Ben (Jaren Lewison) tries to address his feelings for her. Going by the trailer, this season seems to have an extra dose of chaos when compared to Seasons 1 and 2, as a third love-interest, an Indian guy Nirdesh, or Des (Anirudh Pisharody) makes quite an entry.

This reality show is about looking for love in an arranged-marriage setting and also about some impossible challenges that matchmaker Sima Taparia faces as she tries to bring the right couples together. The second season has brought in new shaadi-ready candidates and also some of the old ones who did not find anyone fitting their long list of criteria in the first season.

A biopic drama on one of the most celebrated cricketers of our country, Mithali Raj, this film is directed by Srijit Mukherji and has Taapsee Pannu in the titular role. It chronicles the story of her grit, determination, passion, courage and her spirit.

With this the Marvel Cinematic Universe introduces Tatiana Gabriele Maslany as titular hero and will see a slew of quite a few other Marvel heroes including She Hulk’s cousin Bruce Banner, green giant the Smart Hulk (Mark Ruffalo), Tim Roth’s Emil Blonsky aka Abomination, Benedict Wong’s Sorcerer Supreme Wong and Charlie Cox’s Matt Murdock aka Daredevil. She Hulk, a CGI-heavy character, is a superhero lawyer Jennifer Walters, who has a complicated life of a 30-something single attorney who can also turn into a green hulk.

This is AVM Productions’ first-ever web series. Directed by Arivazhagan, starring Arun Vijay and others, this one delves into the dark side of digital piracy and tries to get to the bottom of the film industry’s fight against the group behind releasing pirated content.

Three years ago the final episode of Season 8 of one of the most popular HBO series, the Game of Thrones (GOT), was aired. And the same year they announced a prequel, House of the Dragon. Set two hundred years before GOT, this web series, starring Paddy Considine, Emma D’Arcy, Matt Smith, Olivia Cooke, Steeve Toussaint, Eve Best, Fabien Frankel, Sonoya Mizuno, Rhys Ifans and others, is based on the same fantasy setting of mediaeval Earth with dragons, magic, and ice zombies, written by novelist and screenwriter George Raymond Richard Martin.

Touted to be among the most expensive Hindi films, this period action film set in the 1800, has a stellar cast of Ranbir Kapoor, (his first double role), Sanjay Dutt, Vaani Kapoor, Ronit Roy, Saurabh Shukla and Ashutosh Rana. This film marks Ranbir’s return to the big screen after a long gap of four years. Produced by Aditya Chopra and directed by Karan Malhotra the film failed to perform as expected at the box office earning Rs 31.75 crore during its first weekend, and is now waiting for its OTT release.

Shefali Shah, Rasika Dugal, Adil Hussain and Rajesh Tailang starrer, the crime-thriller-drama is back with its second season. While the first was set in the aftermath of the 2012 Delhi gang rape, this one, again inspired by true events shows DCP Vartika Chaturvedi (Shefali), and the supporting cast from the previous season hunt for a serial killer after a violent quadruple murder.