Ashneer Grover, co-founder and managing director of BharatPe Company, has resigned from the business on Tuesday, 1st March 2022. Just a day after the fintech company fired his wife, Madhuri Jain Grover, as head of checks, for suspected misuse of funds.

Ashneer Grover resigned minutes after hearing the agenda for the impending board meeting, according to BharatPe, “which included the presentation of the PwC report regarding his behavior and weighing steps based on it.” The business also stated that the Board “holds the right to intervene based on the findings of the inquiry. 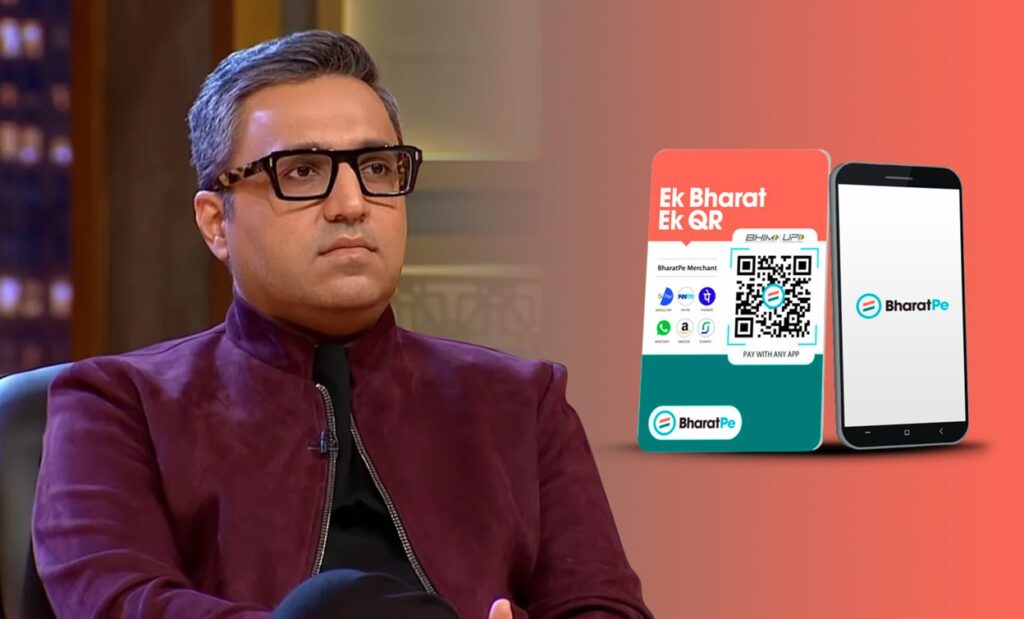 Why did Ashneer Grover leave the BharatPe Board of Directors?

Ashneer Grover said in his written statement that the company’s board “ousted” him because of their “special interests.” He claimed that the latest business developments appear to be a “war of egos being performed to the audience of the media under the guise of ‘good governance.'” Ashneer Grover further said that the “investor pattern” for getting rid of an “unwanted” founder is to make the creator “the devil of the piece,” which he alleges is being applied to him.

Ashneer Grover stated in a statement to the board that he had been ‘vilified’ and dealt most disrespectfully’ since the start of the year targeting the company’s investors.

The full wording of Grover’s resignation from the BharatPe board is as follows:

I write this with a heavy heart as today I am being forced to bid adieu to a company of which I am a founder. I say with my head held high that today this company stands as a leader in the fintech world. Since the beginning of 2022, unfortunately, I’ve been embroiled in baseless and targeted attacks on me and my family by a few individuals who are ready not only to harm me and my reputation but also harm the reputation of the company, which ostensibly they are trying to protect.

From being celebrated as the face of Indian entrepreneurship and an inspiration to the Indian youth to build their own businesses, I am now wasting myself fighting a long, lonely battle against my own investors and management. Unfortunately, in this battle, the management has lost of what is actually at stake – BharatPe.

People who know me and have worked closely with me know that I believe in building – whatever the odds may be. I am an IIT Delhi – IIM Ahmedabad graduate, the best of what Indian education system has to offer. I am the child of middle-class parents who’ve imbibed in me the values of hard work, integrity, and honesty. I am a professional with an impeccable track record who has been instrumental in building two unicorn businesses, i.e. Grofers and BharatPe from scratch. I have not only encouraged the youth of this country to follow their dreams but have also created an arena of job opportunities for tens of thousands of India’s gig-economy workers. I am proud that my journey and growth has not only been limited to me but has also encompassed within its fold people associated with me, professionally and personally. In my endeavor to promote and grow the start-up ecosystem in our country, I have invested back what I have earned and have helped many along the way.

I have nurtured BharatPe as my baby. I’ve built it along with my co-founder and an amazing team of individuals. Most times the circumstances were hostile (to say the least) but it did not stop me. BharatPe was the last entrant in UPI space and competed with goliaths like Paytm, PhonePe and GooglePay – but it still emerged as a leader in the industry. I had the vision to disrupt payments with ‘0% MDR’, lending with shopkeeper ‘loans against payments’, P2P with ‘12%Club’ and BNPL with ‘postpe’. With my efforts and hard work, the Company has created a network of more than 1 Crore (10M) shopkeepers who transact more than Rs 100,000 Crores ($ 16B) annually and lent out more than Rs 4,000 crore ($ 0.5B) as loans. It is indisputable that BharatPe loans have helped lakhs of small businesses fight organized e-commerce and Covid.

Most importantly and the only time for any Fintech in India – with my constant efforts the Company has acquired a Small Finance Bank license to create ‘Unity Small Finance Bank’. I’ve shown the gumption and intent to find a solution for PMC Bank and Ten Lakh of its depositors to give them back their hard-earned funds.

The height at which BharatPe stands today is the result of the hard work of the last four years. With a team of less than Five hundred on-roll employees, an aggregate spending of less than US$ 150 Mn, and by raising US$ 615 Mn from ten of the marquee investors without using a single banker, the success story of BharatPe is for everyone to see. While scripting the commercial success of BharatPe, the Company was also affording liquidity to our employees of more than Rs 100 crores against their ESOPs and giving at least Eighty times returns to each of its twenty-eight angel investors. While the Company was valued at Rs 20,000 crores (US$ 3B) as per the Series E round; today it would be valued at Rs 40,000 crores (US$ 6B), within a span of less than a year. No other startup of similar valuation has been able to achieve what BharatPe has achieved today that too by utilizing less than Rs 1,000 crores. Clearly, BharatPe’s success story is for the world to see.

Am I perfect? As every other human being does, I am sure I have my follies. I have been told that I am too straight forward, headstrong, and have very demanding standards when it comes work. But it is these qualities that have resulted in BharatPe’s exponential growth in becoming an industry behemoth. Unfortunately, what has happened in the recent past seems to be a battle of egos being played to the gallery of the media under the charade of “good governance”.

The fundamental fact is that all of you as investors are so far removed from reality that you’ve forgotten what real businesses look like and have no appreciation for what it took to run this enterprise day in and day out. Your outlook towards BharatPe has been limited to the small window on your Zoom Meetings application, far removed from the sweat of the brow that goes into making BharatPe the business leader that it is. None of you, including the ones based in India, have ever been to our office even once, since the endemic turned our lives upside down and sought to suffocate the economy. Not even once. Not Micky. Not Harshjit. Not Mohit. Not Teru San. Not Rahul. Not Deven. No one. None of you even turned-up despite an invitation for the inauguration of our new office. This is how connected you are to BharatPe.

Your views of businesses and problems on the ground are so colored by the windows of the Ivory Tower in which you all reside that you have no connect whatsoever with the human element of the business. It is sad that you have even lost touch with the Founder. You’ve lost touch with me. For you, the Founder of this company has been reduced to a button to be pressed when needed. I cease to be a human for you. Today,you have chosen to believe gossip and rumours about me instead of having a frank conversation. You are so easily spooked because you have no touch with reality.

The fact of the matter is that today you believe that I have served my utility and so incrementally I am just becoming a liability. And since the investor template to make an unwanted Founder go away is to make them the villain of the piece, that’s what you have gone ahead and done – “Let’s invoke the SHA. Let’s put him on leave under the pretext of a governance review. Let’s terminate his wife’s employment. Let’s vilify his whole clan. We as investors are on top of the food chain – let’s cut him down to size and make an example of him.”

When you wanted to leverage my personal network, you were very happy to do so – today I am being vilified and treated in the most disgraceful manner.

You treat us Founders as slaves – pushing us to build multi-billion-dollar businesses and cutting us down at will. Investor-Founder relation in India is one of Master-Slave. I am the rebel slave who must be hung by the tree so none of the other slaves can dare to be like me ever again.

Unfortunately, I refuse to walk that path and refuse to tolerate this continuous and shameful vilification of me and my family. I have been the one who founded this company and built it up to its enviable position today, no wonder you want to oust me for your vested interests.

So when do we end this? We end this now. While I maintain that you will not find a single act of impropriety against me, I will not be participating in your charade. Since you clearly believe you can run this Company better without me – I am leaving you with this challenge. Build incrementally even half of the value I created so far – I am leaving you with three times the funds I’ve utilized till date. I hereby resign as the Managing Director of BharatPe, effective immediately. I also resign as a Director of the Board. I will continue as the single largest individual shareholder of the Company.

I have founded and built BharatPe into what it is today, and this identity, none of you can take away from me.