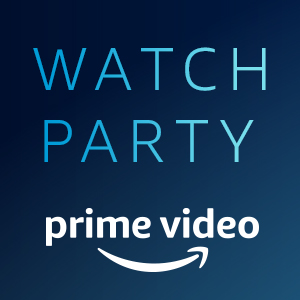 ‘Watch party’ feature Launched In Amazon Prime India as the year 2020 has brought a lot of unexpected and unwanted changes in our lives which separated us from our closed ones for a very long time since the beginning of the lockdown. But thanks to the internet that kept us close and allowing us to interact with each other through video calls and many other ways. By focusing on how important it is to stay connected with other people, Amazon has brought a new feature in their Amazon Prime Video, allowing its members to stay connected while watching the same show.


Amazon has recently added a ‘Watch Party’ feature in their Amazon Prime Video for India, which allows its users to enjoy and experience viewing with their friends and families by giving them an opportunity to stay connected altogether at the time of the pandemic. Earlier, this feature was launched in The United States, and further reached in India. This feature is currently available on desktop, that is, only on web browsers and no additional costs will be charged from the Prime Video members.

This feature allows all the members of the session to enjoy the show at the same time as the running time of the content is synchronized, and it also allows the users to chat with each other while watching the show. This feature does not work in Android or iOS apps, nor it works on the Fire Stick. Amazon also did mention that this feature does not work on the internet explorer or safari browsers.ALSO READ:Amazon Wow Salary Days have arrived: Up to 30% off on Laptops, Up to 50% off on Earphones

Amazon is not the first platform that offered this feature for a social viewing experience. Telepathy, previously called Netflixparty, has also been an old player that offers the same feature and experience as Amazon Prime Video. Telepathy offers a similar experience to services like Netflix, Disney, Hulu, and HBO.


How to start the ‘Watch Party’ feature on Amazon Prime Video?

Previous article
The Queen’s Gambit Similar Series and Movies on Netflix
Next article
Bhaag Beanie Bhaag Review: A Perfect Show to Put A Grin Over Your Face
Flickonclick

Do you want to watch some Tamil dubbed movies but find it hard to discover them on the...
News