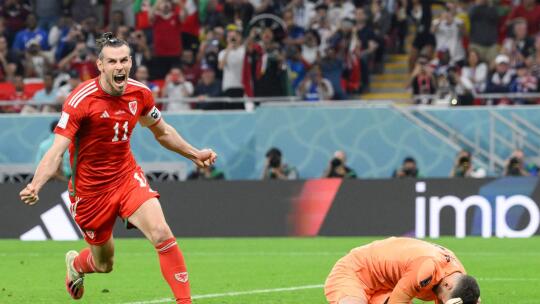 WAL vs IRA Today’s Match- Where to Watch in India

WAL vs IRA will start at 3:30 PM IST. The match will be live telecasted on the Sports18 SD and HD channels. Those who wish to watch the match online can do so via the JioCinema app.

Wales vs Iran have never faced each other in an official game. They only played a friendly in the 1970s which ended up in a victory for Wales.

WAL: The 1-1 draw against the USA was not something the team was looking for. But they were fortunate enough to be still in the game at the halfway mark. The Dragons squandered several chances in the second half before Gareth Bale scored his first-ever World Cup goal from the penalty spot and secured a point for his team. They will need a win in this game.

IRA: An unexpected beginning to their World Cup campaign, Iran suffered a 6-2 trashing against the mighty three lions. Iran, on the other hand, never gave up and scored two consolation goals in the final quarter, the second coming from an extremely debatable penalty decision based on the previous match’s threshold. Mehdi Taremi’s double highlighted his attacking threat, and a substitute appearance from Sardar Azmoun following injury will only boost Iran’s confidence ahead of this match.

Midfielders: A Jahanbakhsh, A Ramsey, A Gholizadeh, D James

Midfielders: A Jahanbakhsh, A Ramsey, A Gholizadeh, D James

Wales is expected to win the game.

Football enthusiasts are looking forward to the FIFA World Cup 2022, which will be hosted in Qatar this...
News

Football enthusiasts are looking forward to the FIFA World Cup 2022, which will be hosted in Qatar this...
Match Prediction