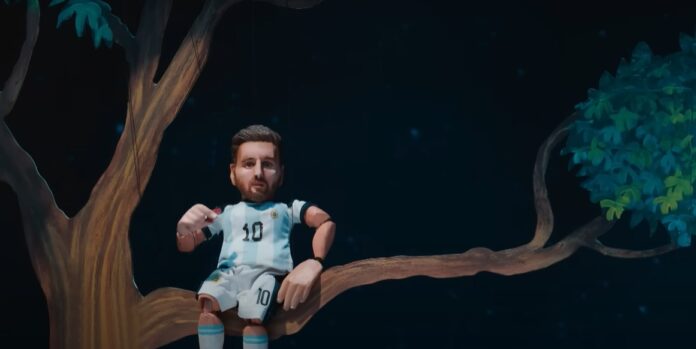 The FIFA World Cup Qatar 2022 campaign, Isse Bada Kuch Nahi, was launched by Viacom18 Sports, India’s newest premier sports network. The promotion, which was developed to heighten anticipation for the opening of the World’s Greatest Show, is now active on television and online.

All matches will be live-streamed on JioCinema, which is currently accessible for download for all telecom service consumers. JioCinema will also include specially selected content related to the FIFA World Cup Qatar 2022. All viewers will be able to watch the competition from November 20 through December 18 on the pay TV channels Sports18 – 1 SD & HD. Live streaming in 4K, a first for the FIFA World Cup presentation in India on JioCinema, will be the highlight of the 64-match showcase. JioCinema will stream the matches in multiple languages including Tamil, Bengali and Malayalam.

All You Should Know About ‘Isse Bada Kuch Nahi Campaign’

The campaign film aims to wow spectators and fans by simulating the joy and carnival-like atmosphere that a football World Cup creates. Viacom18 Sports declares, using the puppet show as a metaphor, that the FIFA World Cup is the only event that engages fans and the community with such fervour.

The marketing video, which Ogilvy designed and conceptualised, tells the tale of a humorous heist carried out by a bunch of football enthusiasts at a famous puppet show at a carnival. The puppet show has attracted a sizable audience. The act is cut short by a loud whistle as the football supporters enjoy the spectacle. The world’s most beautiful sport is brought to life as the puppets of superstars Lionel Messi, Cristiano Ronaldo, Neymar Jr., Harry Kane, and Kylian Mbappe take over the act with an exhibition of thrilling skills.

“We want everyone in the country to experience the infectious energy that comes with the world’s most-watched sporting event, the FIFA World Cup and enjoy this tournament like never before. Our campaign reflects the celebration that comes with the event and the intrinsic power it possesses to enthral one and all,” said the spokesperson for Viacom18 Sports.

“FIFA World Cup is the biggest entertainment spectacle in the world. Our campaign, ‘Isse Bada Kuch Nahi’ brings to life this football fever that’s about to capture the hearts of the country and the world by taking over every other form of entertainment” said Ogilvy India’s Chief Creative
Officer Sukesh Nayak. “Brought to life by puppets of the most loved football stars, this fun takeover idea will surely have the World Cup fans tuning in for all the upcoming entertainment.”

In a major update to Digital India, Reliance Jio today announced the launch of its Made In India...
Match Prediction

Reliance Jio is a customer-centric telecom operator and its a known fact. They have proved it from the...
News

Jio has always something new to continue the excitement amongst its users and this time it has come...
Offers

Reliance is famous Because of its user-friendly services, Jio, the country's major private telecom manufacturer, leads this ranking....
Match Prediction