Varisu or Thunivu, the real winner at the box office... 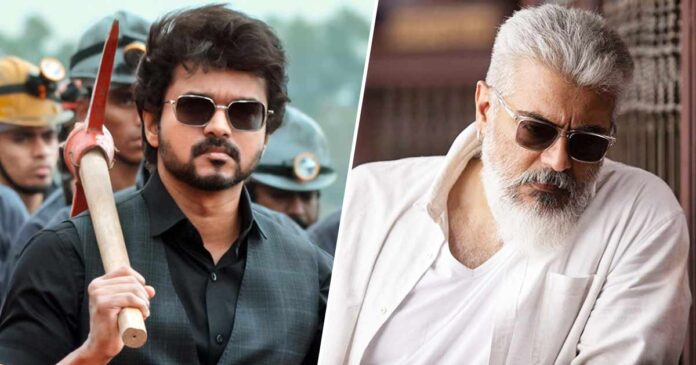 Varisu vs Thunivu Box Office Collection: Varisu starring Thalapathy Vijay, and Thunivu starring Thala Ajith, are locked in a fierce battle at the box office. Both films are performing exceptionally well at the box office, but at the moment, Varisu is emerging to be the winner when it comes to the overall collection worldwide. It has been reported that Varisu has already crossed the Rs 100 Crore mark at the worldwide box office collection.

Thunivu has managed to earn Rs 49 Crores at the Indian box office in three days. The film has been getting rave response in worldwide theatres, especially in America. It has earned over 32 Crores at the overseas box office. Also, the Tamil shows of Thunivu are showing great improvement in occupancy. Thal Ajith starrer is doing magical numbers at the box office but has fallen short of Varisu box office collection in three days.

Follow us to not miss out on the updates on Varisu vs Thunivu box office collection worldwide.

Thunivu is an upcoming Tamil language action heist film which will release in the theatres on 12th January...
Entertainment

Scream VI is going to release in the theatres on 10th March, 2023. The hit horror franchise has...
Entertainment

Lakadbaggha box office collection day 1 is estimated to be around Rs 10-15 Lakhs. The movie is earning...