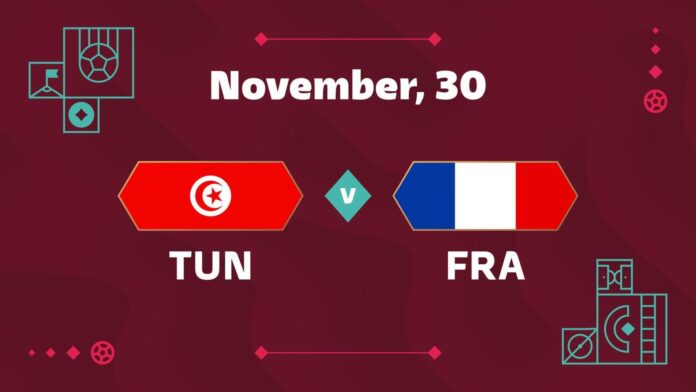 The match TUN vs FRA will be played at Education City Stadium, Qatar on 30th November 2022.

TUN vs FRA Today’s Match- Where to Watch in India

TUN vs FRA will start at 8:30 PM IST. The match will be live telecasted on the Sports18 SD and HD channels. Those who wish to watch the match online can do so via the JioCinema app.

Tunisia has lost two of the four matches against France.

France is expected to win the match.