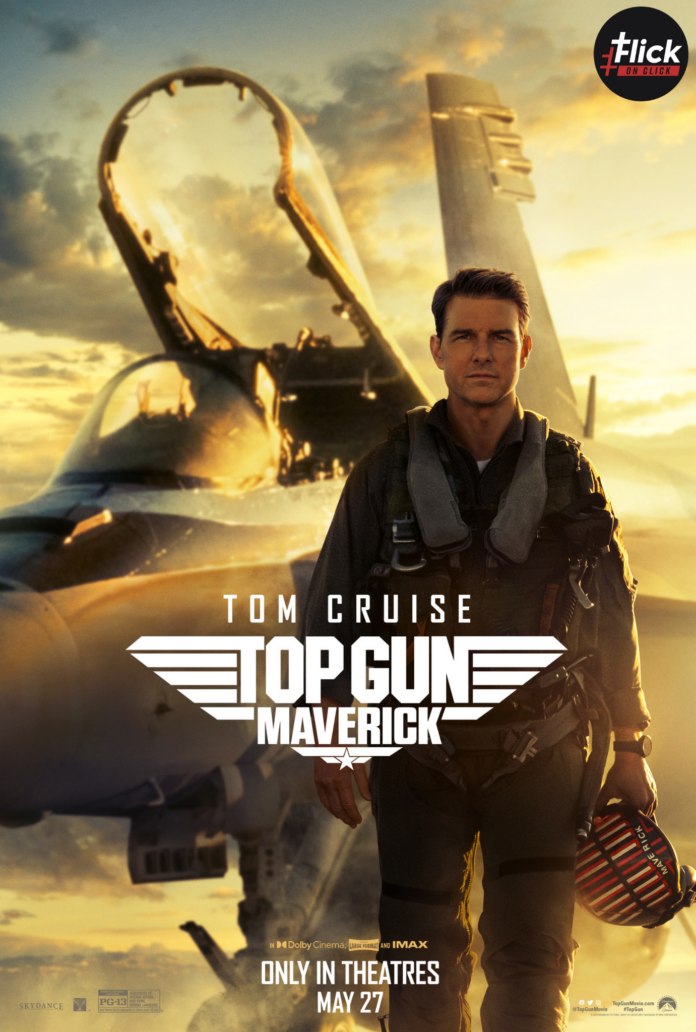 Top Gun Maverick, starring Tom Cruise, is expected to have a strong opening weekend, according to Collider. Given the four-day Memorial Day weekend, the film is expected to gross at least $92 million, with some speculating that it could gross as much as $125 million.

And if the $125 million figure is accurate, Top Gun Maverick could be Cruise’s most expensive opening in his four-decade career. In fact, if that happens, Top Gun 2 could outperform Steven Speilberg’s sci-fi adventure drama War of the Worlds, which was the superstar’s biggest opener to date. In 2005, the film War of the Worlds grossed a whopping $65 million.

“Son, your ego is writing checks your body can’t cash,” someone told him 36 years ago. Oh, how they were mistaken. Tom Cruise is back in that bomber jacket and those Aviators, his body still commanding a lot of money as it maxes the Machs, aces the skies, burns the roads, tops the tops, and guns the guns.

Naturally, time passes, Botox wears off, and some close-ups are more painful than others. However, put your trust in your heart rather than your eyes, because few people have ever sat in that cockpit like you. 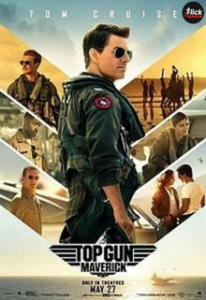 one promotion to senior positions such as Admiral in exchange for a lowly — “but much-decorated” — ‘Captain’. To an exasperated senior played by Ed Harris, he is packed off with a chiding to the Top Gun academy after pulling off another of his stunts. He has been tasked with preparing the top graduates of that gruelling training centre, which he once famously attended, for a mission that is extremely dangerous.

The plot twist is that one of the shortlisted pilots is Bradley ‘Rooster’ Bradshaw (Teller), the son of ‘Goose.’ Yes, Pete’s best friend and wingman died in a car accident for which Pete a.k.a. Maverick will never forgive himself. Even if it takes a while to get there, Maverick’s treatment of Rooster is the emotional core of the film.

That isn’t to say the ride isn’t entertaining. The first film, according to one reviewer, “wasn’t as good as you probably remember it.” It wasn’t, after all, with its man-boys acting like big boys with impressive toys.

Top Gun could have spun out of control if not for its dizzyingly well-shot dogfights and some very handsome bodies captured in shower towels and beach volleyballs, goofing around. The enthusiastic support of the US Navy didn’t hurt, and it was reciprocated by enthusiastic young people who signed up for it at booths set up in movie theatres. 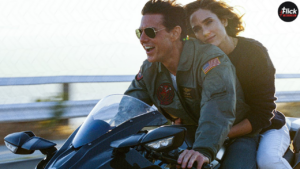 Top Gun: Maverick compensates for this flaw by assembling a far more compelling story, complete with a genuinely dangerous, time-bound mission. It also depicts the training for it, as well as the physical toll it takes on pilots as they fly lower than they’ve ever flown before, twisting and turning through canyons, hitting a target, and then flying straight vertically up. This scene has both cohesion and tension.

Its antagonisms and relationships, and even its songs (Highway to the Danger Zone or Great Balls of Fire) appear to be a little too bathed in sepia at first, director Kosinski eventually manages to round the circle between the past and present very well. Even the ailing Kilmer’s cameo as ‘Iceman’ in the 1986 film has a pleasantly nostalgic feel to it.

Cruise’s And His Nimble Shoulders

Cruise’s still nimble shoulders, that sparkly grin, and his charm burnished by years of stardom is, of course, central to the film. However, there is a settling down, a recognition of age, of passing years – whether it’s Pete wistfully looking on at the new top guns, including a woman pilot accepted as one of the boys, at a bar, or him taking a seat halfway through a volleyball game, to take a breath and look lovingly on.

Teller is almost too similar to Anthony Edwards’ Goose, and he doesn’t get much screen time. But he is reassuringly good with what he has. Hamm’s is the other meaty part, which mostly consists of his Admiral yelling at Maverick. It’s a little unsettling to see Maverick, now in his 50s, still getting the same scoldings as his rash younger self – even if rule-breaking is still his calling card.

Penny (Connelly), Pete’s love interest, is the most disappointing character in both Top Gun films. Penny steps into the shoes of Kelly McGillis, who previously wore them. But, unlike McGillis’ Charlie, who played a significant role in the Navy’s aviation set-up and served as Pete’s senior, Penny is only here to admire and applaud Pete as he pulls off yet another stunt. “The future is here, and it doesn’t include you,” another frowning tells Pete this time as if one frowning officer told him all those years ago to only write checks that could be cashed.

The IRCTC has set new protocols and decided to run some special trains and the ticket booking has...
Technology

Instagram Product Tagging Feature For All Launched! Know How To Use It

To make your user experience better, Instagram has now launched a new product tagging feature. Until now, you...
Entertainment

Lalit Modi has a massive net worth of Rs 4732 Crores, equaling US $580 Million. He was the...
Technology

Chunky news for all the OnePlus fanatics. The china based company recently released a hot news about the...
Entertainment

Credit cards are a necessity in today's wealthy world. Because of the speedy approval procedure, it is now...
Entertainment

Known for their madcap humour and crazy antics, comedian Kapil Sharma, along with his mad gang of Kiku...