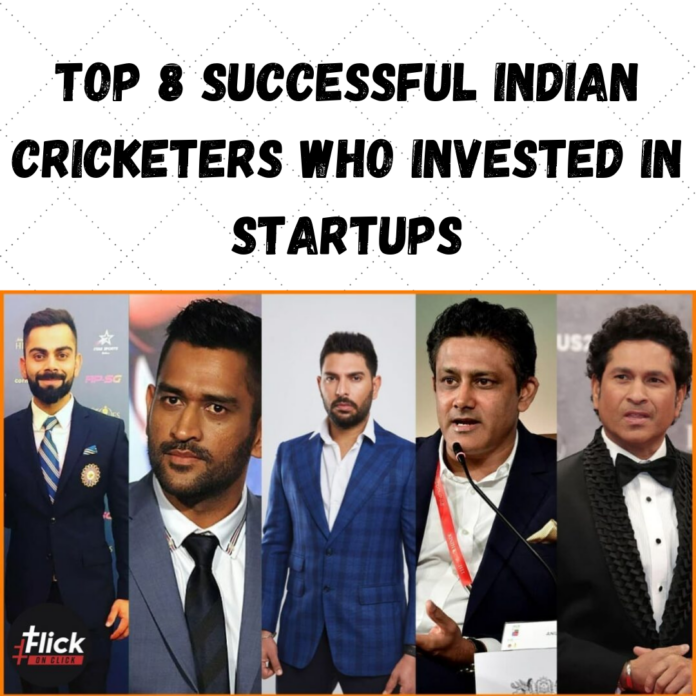 In the recent ten years, India’s startup culture has evolved tremendously. Many large investors from all over the world have invested in India’s creative companies. Startups in India such as Ola cabs, Swiggy, Zomato, and others have become extremely successful in the last decade. Over the years, members of the Indian cricketers have served as the face of a variety of brands.


However, with the entrepreneurial culture developing and the country having a favorable climate, many Indian cricketers are showing interest in new companies and supporting them by putting both their energy/cost into business ventures they believe are viable and significant.

Many great Indian cricketers have demonstrated their interest in engineering and startups by investing in a variety of firms that have piqued their attention.

So, here is a list of the top 8 Indian cricketers who have invested in startups successfully

This batting legend, often known as the God of Cricket, has represented the ambassador of numerous brands over the past. Unlikely, Sachin resigned from cricket in 2013 after a brilliant 24-year era. Although, he began his second innings with many projects. Significantly, here is a summary of the businesses in which he has ventured.

It is a Dubai-based travel firm that was formed in 2007. Sachin was a shareholder as well as the company’s brand representative. Sachin Tendulkar quit the firm in 2018 with a 25 crore payout.

Sachin is well-known for his love of tennis and has been a hard devotee. He is a founder of the Mumbai franchise of the newly established Indian Tennis Premier League.

Sachin partnered in the Bengaluru-based Internet of Things (IoT) business Smartron India in 2016 and became the corporation’s goodwill ambassador. 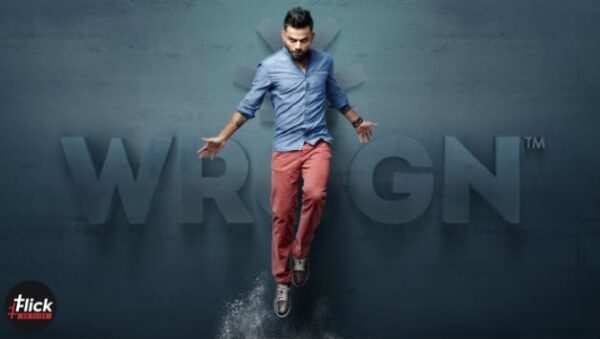 We all know about the prominent Indian cricketers But Virat Kohli is well-known for playing some top innings and fielding style. However, we didn’t know was that at the age of 25 he started investing.

The app, dubbed Sport Convo, was designed to bridge the gap between sports stars and followers.

Kohli has also made investments in several other firms. For example, it co-owns the fashion brand wrogn and has a 30% stake in the Indian fitness business chisel.

Kohli also collaborated with Zeeva, a Hong Kong-based electrical brand, in 2017. Their goal was to introduce audio goods in India under the MuveAcoustics brand.

Yuvraj Singh after the fabulous performance in the 2011 World Cup.  He discovered a tumor in his left lung, but he made an international return in less than a year with renewed zeal and courage.

Yuvraj Singh founded the YouWeCan Foundation. It was founded in 2015 with the goal of raising education about cancer and its consequences.

YouWeCan Ventures proactively funded in 10-11 businesses. Healthians, launched in 2015 by Deepak Sahni, a successful entrepreneur with a penchant for new-age diagnostics, was one of the most intriguing of these partnerships.

Yes, MS Dhoni recently retired, but let’s not get too upset about it. We are not prepared to discuss it. M.S. Dhoni, the calm captain, has also ventured in a few businesses.

Dhoni spent an unknown sum in Khatabook, a Bengaluru-based company ledger app. He has not only invested in that firm, but he has also turned its brand champion. Khatabook was founded in 2018, and the business has raised $87 million in funding from various investors.

M.S. Dhoni also ventured in Cars24 as a Series D investor in 2019. As part of his association with the business, M.S. Dhoni became the company’s goodwill ambassador.

In 2012, Dhoni co-founded his wellness brand. SportsFit World Pvt. Ltd. is a gym club with multiple stores already established and operational in India. 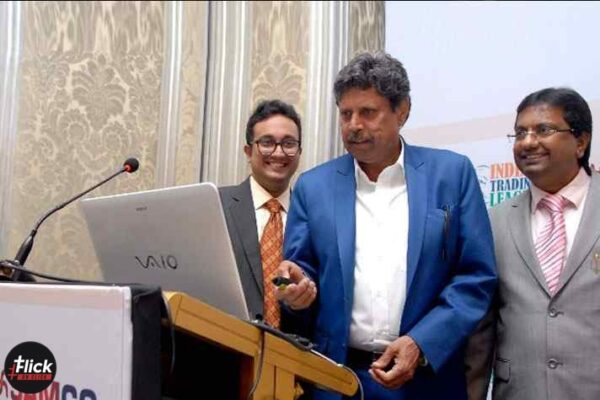 How can we possibly miss Kapil Dev? He is not only a great cricketer, but he also has a strong investment track record.

As an early investor, the cricketer financed in the online grocery firm peopleasy.com. Kapil Dev also delved into the world of investing when he purchased equity in the Mumbai-based firm Samco Ventures.

Kapil dev has also made big investments in other businesses. In 2018, he formed a brand sponsorship deal with B2B platform Pumpkart. Whereas, the cricketer also financed in VAOO, a cab-aggregator, and WizCounel, an online market platform. 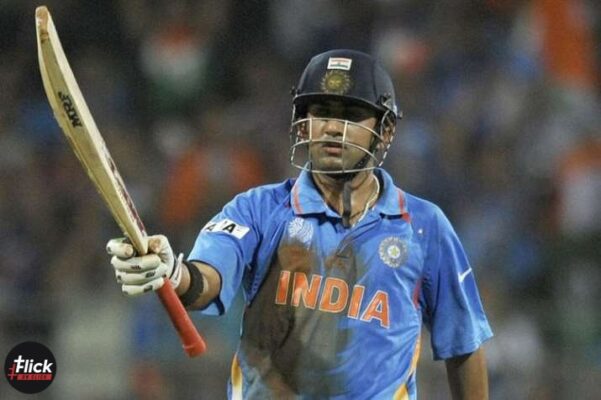 Gautam Gambhir is one of the match winning player for Indian team and is a Politican also, he has also entered the investment world. Gambhir has funded an undisclosed sum in FYI Health.

FYI Health is a wellness software business committed to finding alternatives for workplaces as they reopen following the pandemic. FYI Health’s work on educating staff at workplaces focuses mostly on doing daily health assessments at workplace. 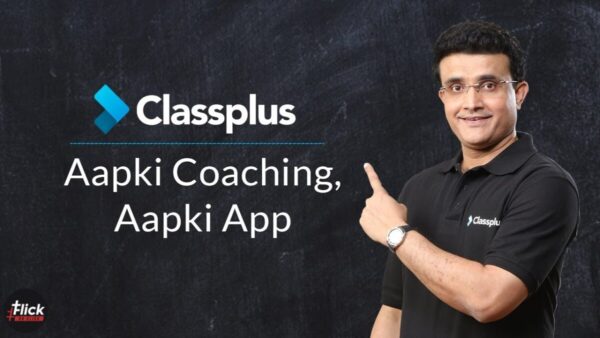 Sourav Ganguly was a former India captain and at present head of the Board for Control of Cricket in India (BCCI), has deposited an unknown sum in ClassPlus, an Edtech business. He has also been named as the company’s brand representative. 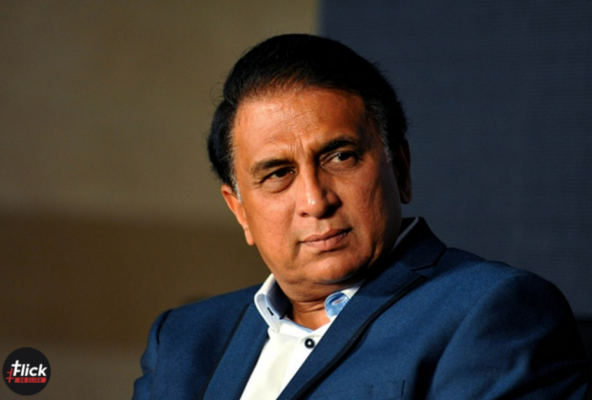 Sunil Gavaskar as a cricketer, has also made some wise financial considerations. he also invested in startup company such as Binca Games.

He ventured in Binca Games, an internet board game, after seeing the promise of the internet games business.

With Binca Games, we intend to bring back the love for board games in this addicting digital age,” Gavaskar added.

Indian Cricketers  have ventured in a number of companies. Some are well-known and well-recognized in India. These startups are wealthy while simultaneously assisting those in need. Cancer patients are being helped by startups such as YouWeCan. Importantly, such enterprises should be promoted because they benefit society and folks in need. Many Indian cricketers are attempting to launch businesses and contribute to society. In the future, we should expect to see many more businesses funded by Indian cricketers.

Read More: Top 10 Fittest cricketers Who Have the Most Shredded Athletic bodies

To know all the latest updates on cricket news, you must follow Cricreads

Previous article
Kia Carens Bookings Start Of From 14th January
Next article
The World Of NFT: Let’s Know More About Them
Flickonclick Team

It's no secret that cricket betting apps are becoming very popular nowadays. So let's look at what is...
News

We all are aware regarding the tension amidst China and India at LAC. The rash bloodbath at the...
IPL

Glad to hear that IPL 2021 is finally resumed on 19th September with CSK winning the first match...
Offers

The IPL is here and upcoming is the season of festivals, which is why celebration is a must....
Lifestyle

It's no secret that cricket betting apps are becoming very popular nowadays. So let's look at what is...
Finance

The Companies Act, 1956 broadly classifies the companies into private and public companies and provides a regulatory environment...
IPL

The much-awaited auction of the Indian Premier League (IPL 2021)took place last week with a lot of suspense...
Entertainment