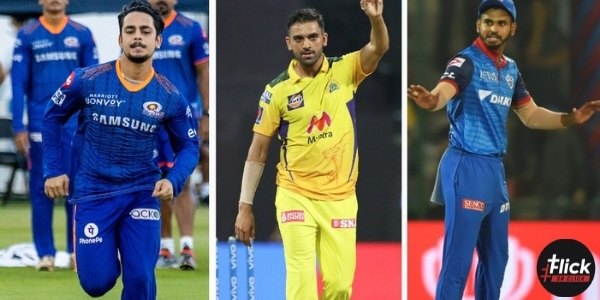 On February 12 and 13, the Indian Premier League (IPL) held its second major auction in
Bengaluru for IPL 2022. The ten IPL clubs competed for a total of 370 Indian players and 220 international players.
The overall number of available berths has grown to 217 with the addition of two new teams, Lucknow Super Giants and Gujarat Titans, it was a power-pack event in Bengaluru. Now let’s look at the top 7 performers to look forward to in IPL 2022 – 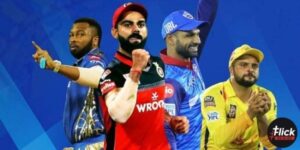 The southpaw from Jharkhand has been sold for a whopping Rs 15.25 crore in this year’s auction. Mumbai Indians, the heavyweights of IPL, have let go of their premier wicketkeeper-batsman in Quinton de Dock & banked heavily on the prospects of blooming Ishan Kishan.

It was the first time in the auction’s history that MI had splurged more than Rs 10 crore for a player. He has not been in the best form in the recent T20is against Windies but MI would undoubtedly hope that Kishan comes into his own at Tata IPL 2022 to become the backbone of their batting line-up in the years to come.

The most expensive Indian bowler in the history of IPL auctions. Chennai Super Kings could not retain him but have shown great faith in his swing bowling skills to buy him at the auction for Rs 14 crore. He has been entrusted with leading CSK’s fast bowling unit & contributing with the bat lower down the order.

The latest English batting phenomenon, Livingstone, was bought by the Punjab Kings at the auction for a massive Rs 11.50 crore, making him the most expensive overseas buy this year. Even though he failed to make an impact with Rajasthan Royals last year, he is still being trusted by the PBK’s management to take him to their first IPL trophy at Tata IPL 2022. It might be his last chance to prove his worth in the IPL.

Iyer left Delhi Capitals to go under the hammer at the auction. He was bought after a long bidding war by Kolkata Knight Riders for Rs. 12.25 crore. Iyer is also appointed the franchise captain, which has won the tournament twice already. He has huge shoes to fill in as the side’s skipper & contribute healthily with the bat.

Sunrisers Hyderabad’s middle-order woes have plagued them for many years. They are heavily relying on Nicholas Pooran to sort out their batting hiccups by buying him for Rs. 10.75 crores. Pooran had been poor in his previous IPL outings, but SRH has placed their faith in his abilities. Whether or not the southpaw lives up to it is soon to be seen.

Bought by the Royal Challengers Bangalore for Rs. 10.75 crores in IPL Auction 2022. Hasaranga is tasked with a tough act to follow. RCB has parted ways with their leading wicket-taker of all time, Yuzvendra Chahal, and invested in him instead. He is expected to lead the charge of  RCB’s spin bowling attack & perform as a finisher for the side as well.

Lucknow Super Giants, the new entrants in the IPL, have bought Khan for Rs. 10 crores, making him the highest-paid uncapped Indian player of all time. LSG, an up-and-coming franchise, has shown its belief in up-and-coming Indian talent. Khan will be under immense pressure to justify his price tag in the IPL.

Team Affiliates, a 16-member squad of young, determined professionals, is going to participate in the upcoming iFest 2022....
Entertainment

As the popular quote goes, a woman's support is crucial for every man's success. It may be their...
Lifestyle

Cricket enthusiasts on both sides of the border are salivating at the thought of India vs Pakistan. It...
IPL

The Indian Premier League (IPL) has brought many talented players to the notice of viewers since 2008. Hardik...