Top 6 Kapil Sharma Show Episodes That Will make you Giggle 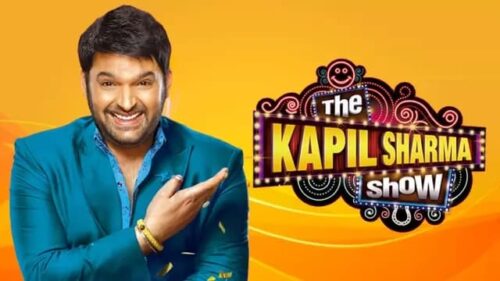 Kapil Sharma is so funny, snarky, and the chief reason for families not leaving their homes on Saturdays, here’s a collection of the top 6 episodes from his incredible program.

Akshay Kumar, along with the rest of the Housefull 3 cast, Abhishek Bachchan and Ritesh Deshmukh join Kapil Sharma for an evening to promote their new film, Housefull 3. The episode aired on May 15, 2016. It is the eighth episode of The Kapil Sharma show Housefull of Masti. It’s time for jokes with Kapil Sharma and the rest of the crazy family. We guarantee you will cry out of laughter by watching this episode in 2021. Click here to enjoy  the episode.

This 2017 broadcast of The Kapil Sharma show is still the craziest of them all. Kangana Ranaut and Shahid Kapoor practically fell off their seats giggling at Kapil’s clever responses to Sunil Grover. Kangana was midway through and couldn’t stop laughing out loud that her eyes watered. If Kapil and Sunil’s flawless funny talks don’t throw you over the brink, Kangana’s reaction would. Click here to watch the Episode.

No one anticipated Ranbir Kapoor to become such a firebrand when he walked on the program with other celebrities including Aishwarya Rai and Anushka Sharma to promote his movie Ae Dil Hai Mushkil. He had the crowd laughing so hard with his humorous compliments and over-the-top flirtation. He also recounted Kapil tales about Quentin Tarantino and Natalie Portman, whom he nicknamed Sonu and Monu. Click here to view the episode. 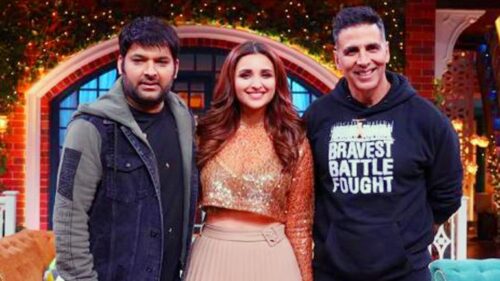 Akshay Kumar appeared on the show alongside Ileana D’Cruz and Esha Gupta to publicize his picture Rustom. Kapil puts the hero on the witness in a fictitious courtroom, and the whole ensemble of the program, especially Sunil Grover’s Dr. Mashoor Gulati, exposes him of nonsense. Sunil gets unplanned grooming on his arm after Akshay smashes the observation box. Click here to watch the Episode

We’re not sure what the fans expected from The Kapil Sharma Show, but what transpired was astonishing. Baba Ramdev initially brought Kapil onto the floor to do some stretching exercises and then some push-ups. Kapil barely made it out alive. The yoga instructor then went off on a tangent about those times women made sexual approaches toward him and even called him attractive in The Kapil Sharma Show. You have to view it to appreciate it.

One of the program’s most funny episodes featured Sufi vocalists The Wadali Brothers. Puran Chand Wadali and his deceased brother Piyarelal Wadali retold amusing and loving family stories while yearning for a cup of tea. The soulful songs were a pleasant surprise. Click here to enjoy the Episode.

Read more: Look out the latest salaries of The Kapil Sharma Show Cast

The Kapil Sharma Show Comes to An End: Know Which Show Will Replace It

All You Need to Know About Ginni Chatrath, the Wife of Kapil Sharma

Ginni Chatrath, the wife of Kapil Sharma, is a comedian and entrepreneur. She married the famous comedian Kapil...
Entertainment

The wait is over. Actor-comedian, Kapil Sharma has finally revealed the name of his new born son. The...