Users were finally able to catch the first look at Sony’s upcoming gaming console, the PS5 or PlayStation 5, and PS5 Games. The company announced a digital version and a 4K Blu-Ray Disc version, hosting a futuristic and bold design approach.


Along with this, a new DualSense wireless controller, Pulse 3D wireless headset, a media remote, and an HD camera is guaranteed.

Of course, this announcement also included a bunch of new PS5 games to go with the PlayStation. Here are some games to look out for: 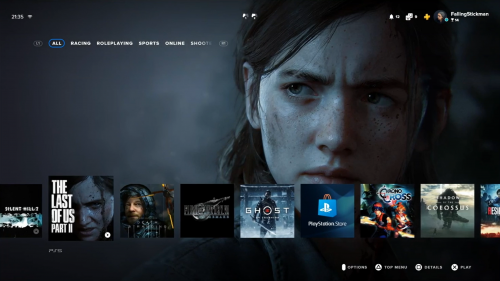 Marvel’s Spider-Man game for PS4 from 2018 was a mega-hit and was highly acclaimed by both critics and gamers. This follow-up game will focus on Miles Morales after the death of Peter Parker.


This character made his first appearance in 2011 in Ultimate Fallout #4. This character is a fairly new addition to the Marvel Cinematic Universe as he was the main character in Spider-Man: Into the Spider-Verse.

The hit animation movie won the Academy Award for Best Animated Feature and set a new standard for animators.

The Gran Turismo franchise has returned with the new console release. Although we don’t know much about the game, a glimpse of the upcoming game was shown.

It featured a map that could possibly be of use in the campaign mode of the game. This game will be the latest addition to the lineup.

Finally, a new Horizon game has arrived. Horizon II: Forbidden West is going to be a sequel to the Horizon: Zero Dawn game that was a very popular launch for PS4 in 2017.

It’s set in a post-apocalyptic world that’s regrown and is filled with huge, robots that resemble dinosaurs in a way. It’s an open-world game.

Returnal was one of the most anticipated PS5 games announced. It is a third-person shooter game.

In this new game, you play a middle-aged woman who arrives on an alien planet. As you play the character, you have to fight demonic creatures.

The narration makes it seem that every time you die, the planet changes. This seems like a game that takes inspiration from the sci-fi movie Alien and all its other additions.

Also Read: The Much Awaited Sony PlayStation 5 Gaming Console Is Out, What To Expect?

One of the most popular games of all time has been Grand Theft Auto. The PS5 game will provide a remastered version of the same.

Players can expect some ray-tracing tech and improved visuals. Grand Theft Auto Online has also been announced as a standalone game that’s separate.

After its launch in 2021, the game will be made available as a free exclusive. However, this is only possible during the first three months after its release.

According to Rockstar Games, those who own Grand Theft Auto V on the PS4 will get GTA$1,000,000. That is approximately 20 dollars when you convert it to real money.


They will receive the sum for GTA Online. It will occur when they log in and this monthly allowance will stay till the PS5 launch of the game.

Check out our games section.


Previous article
Top 8 SHAREit alternatives you can try for your file sharing
Next article
Unemployment: Scheme For Unemployed Allowance In India
Flickonclick

Never Have I Ever is a fun drinking game that's perfect for playing with your friends on a...
Technology

How You Can Use Your PS4 Controller on PS5

The PS5 is Sony's new console, the most powerful gaming system. It's a significant upgrade over the last...
Technology

After delaying the launch of FAU-G (Fearless and United Guards) for so many days, nCore Games have finally...
Technology

Sony has released many wireless speakers in India. These speakers include Sony SRS-XP700, Sony SRS-XP500, and Sony XG500. These...
Technology

Nowadays, many people have become involved in playing online casino games. It has become mainstream as there are...
News

The gaming industry is one of the biggest entertainment industries. And Netflix has tried to incorporate it into...
Technology

How You Can Use Your PS4 Controller on PS5

The PS5 is Sony's new console, the most powerful gaming system. It's a significant upgrade over the last...
News