Top 5 FAQs related to FASTag: What will Happen to The FASTag After Moving to Another City? Do Motorcycles Need a FASTag? 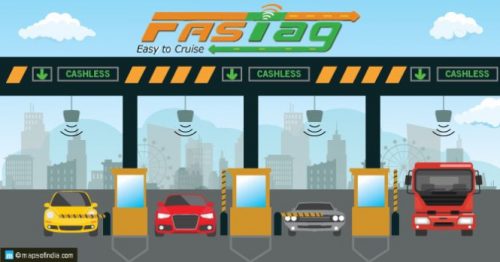 The decision has been finalized that all the vehicle owners have to get a FASTag before February 15, 2021, because the one who will be found without a FASTag at toll plazas will be heavily penalized. Usage of FASTags will promote the eradication of traffic at toll plazas and will also result in fast movement of vehicles, saving fuel, and time. The concept of FASTags was first launched in 2016 and four banks together issued nearly a lakh of them.

As the new rules have been ruled out, so it is impossible that there will be no questions arising regarding it like is FASTag mandatory for two-wheeled vehicles, what happens to your bank account once you lose your FASTag?

Answers to top 5 FAQs on FASTag:

No. you cannot use a single FASTag for two vehicles, you need two separate FASTags for the vehicles. A FASTag is fixed on the windshield of your car and it cannot be removed so easily, even if you manage to remove it, then it will get damaged and will not work at the toll plaza. And without a FASTag you will be penalized, so it will be better to keep yourself safe by stop using unprofessional ways.

If you have lost your RFID Tag then you should immediately get in touch with the bank customer care and get your card blocked right away. After that, you just have to reissue another RFID Tag and the new card will be delivered to your doorstep within a few days.

If your FASTag got lost then you have to apply for a new one and create a new FASTag account. Once you have created it, the previous bank will have to transfer the balance to the new account.

It is necessary for you to know that FASTag works on all toll plazas across the country and if you intend to move to another city then you have to contact the FASTag issuing company/bank and have to apply for a change of address.

If you want to sell your car, then you have to inform the concerned issuing bank/company about it. No, motorcyclists don’t require a FASTag because the concept of FASTag was introduced in order to reduce traffic at toll plazas and motorcycles do not hamper vehicular movement.

Previous articleNEET, JEE, WBJEE, TS EAMCET, And Other Entrance Exams: Dates, Schedule, Details
Next articleDMRC in Search of Startups for Contactless QR-Code Based Ticketing: Know All The Details
Flickonclick

Facebook has been in limelight for the better part of this year and not for good reason but...
News

The resumption of international air travel was a long due question both for those whose lifeline depended on...
News

If you're an entrepreneur then any amount of information for your startups is likely to not fill your...
News

SBI has announced the final date for the linking of the PAN-Aadhaar card. Otherwise, they would take strict...
Entertainment

Season 2 of ‘Panchayat’ Explained – What Will Abhishek Tripathi Do Next? Will There Be Another Season?

Season 2 of the TVF comedy-drama series "Panchayat" miraculously restores the same appeal that it had disseminated throughout...
Entertainment

If someone gives me the choice to choose the best music streaming application, then it will always be...