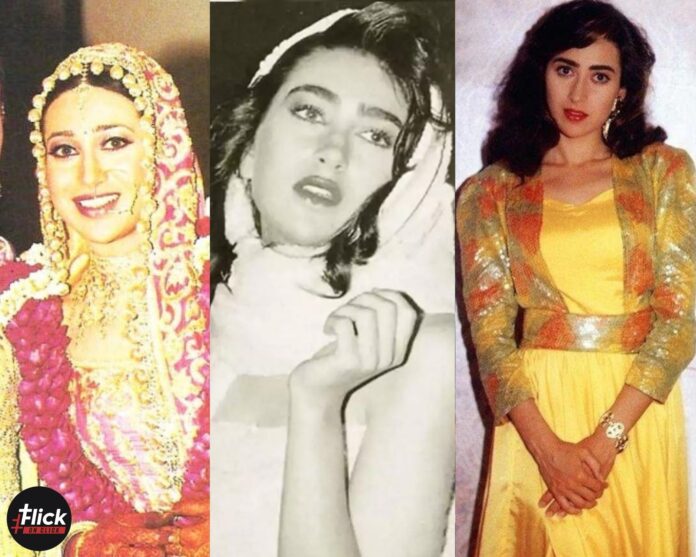 Karisma Kapoor, one of the most bankable Bollywood actresses in the 90s, took a hiatus from acting when she got married. However, after her failed marriage, she returned to the space of theatre and glam. Karisma Kapoor has recently made a comeback with a show on the OTT services, and the actress is all set for a second run in Bollywood. Often referred to by her nickname Lolo, Karisma is one of the most popular actresses in Indian cinema. Today, we look at some unseen Karisma Kapoor pictures that you need to see if you are a fan of the actress. 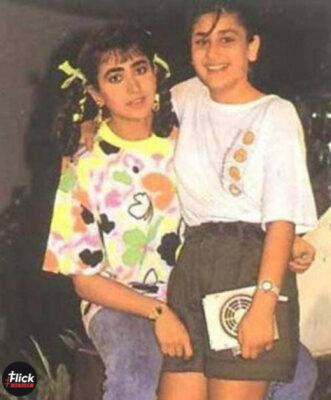 Lolo and Bebo back when they were in their teenage. Who would have thought that these two girls would rise to the top of the Indian film industry? Karisma Kapoor looks cute in this photo from her past.

Second, on the list of Unseen Karisma Kapoor pictures is a picture that she shared on her Instagram account. Karisma is aged 18 in this photo, and her thick eyebrows, which were a trend back then, add a distinctive persona to her beauty.

Unseen Karisma Kapoor pictures just keep getting interesting with every pic we get our hands-on. The actress shared this photo on the occasion of Women’s Day and described Kareena Kapoor (in white dress) and her mother as her biggest support system throughout her life.

Karisma and Kapoor Kapoor have the best bond as the two sisters. Both of them have supported each other throughout their lives. This picture of Karisma Kapoor is from the days when she was a big established star while Kareena was not working in the Bollywood films.

Unseen Karisma Kapoor pictures just keep turning the clock with some of the rarest ever photos of the Bollywood actress. It’s a photo from long before, when she was just still a child. She is seen with her mother and, of course, her younger sister Kareena.

Karisma Kapoor shared a picture with her mother, Babita, on Women’s Day 2022. Her sparkling laugh is just the cutest thing we could have asked for. It is one of the rarest pictures of her from early childhood and rightly deserves a place in the list of unseen Karisma Kapoor pictures.

Karisma shared this picture on her social media handle and penned an emotional note for her sister Kareena. The bond between the two needs no introductions. The Kapoor sisters are one of the most popular sibling actresses. Her genuine smile is just so pure and innocent in this photo.

A photo of the actress when she just made her debut in Bollywood. She looks a bit skinny in the picture, and her face appears to be almost unrecognisable. It rightly features in the list of unseen Karisma Kapoor pictures.

In the unseen Karisma Kapoor pictures, this photo dropped by her on Instagram needed to be featured. She is seen with her father, Randhir Kapoor, in this age-old picture. One can infer the calm and composing nature of Karisma with the innocent cute smile that she always has on her face.

Lastly on the list of unseen Karisma Kapoor pictures is a photo of her with her bestie and sister Kareena Kapoor on her wedding day. She looks gorgeous in Indian traditional attire. Just like every other photo, the smile on her face keeps shining brighter.

Previous articleVicky Kaushal, Kriti Sanon and many others win big at the IIFA Awards 2022, Check Details
Next articleWatch these Romantic Couples on OTT to spark your love life
Virat Verma

Shweta Tripathi Special: Hidden Facts That You Don’t Know About Your Favorite Actress

Shweta Tripathi, the Mirzapur and Masan famed actress is one of a kind, and thus, we bring to...
Entertainment