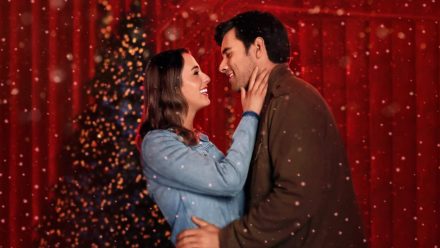 The holiday season has finally arrived. What can be more relaxing than curling up under a blanket and binge-watching new shows and movies on Disney+ Hotstar,  Netflix, and other OTT platforms? However, Online streaming has become fashionable, and the entertainment industry is finally moving in the direction of over-the-top (OTT).

Let’s have a look at the list of top 10 best new shows and movies to binge-watch this week:

The Hand of God is a story full of unexpected joys, most importantly the arrival of football legend Diego Maradona, as well as an equally unexpected tragedy. Fate intervenes, joy and tragedy intertwine, and Fabietto’s future is set in motion. The film will be released on Wednesday, on Netflix.

This is one of the new movies to be released on Netflix is a RomCom sequel to A California Christmas. However, it has been one year since the release of the first part, therefore it will be interesting to watch Callie and Joseph falling in love all over again.

Looks like Netflix has a lot of new movies stocked up for this Christmas. Nevertheless, the plot revolves around a mother’s Christmas wish — and the grand prize that comes with it — which sparks a fierce rivalry between the brothers.

Of the new movies this holiday season, Ron’s gone wrong is an animation to be released on Disney+ Hotstar. The movie is a good watch for school kids as it pictures a shy, socially awkward kid, who, however, befriends a robot. Additionally, the movie is adventurous and full of humor.

This is one of the new movies that will be available on Disney+Hotstar. The story enthralls the audience, and the events unfold at a nail-biting pace.

After the list of new movies, finally comes the list of new shows, starting with Decoupled. This series will be available for online streaming as the trailer is already out. The new series is moreover a romantic comedy and apprehends to keep the viewers glued.

Honestly, we can’t wait for the new series of Season 2 on Netflix.  The Witcher is importantly a live-action series based on the best-selling novel of Andrzej Sapkowski. 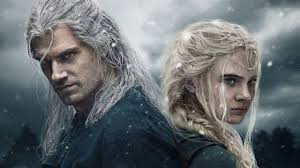 Looking for something similar to Scam 1992: The Harshad Mehta Story? Sony LIV‘s most recent of the new shows is moreover quite intriguing. The Whistleblower is moreover based on the true events of the Vyapam Scam, which was unearthed in 2013. However, the show depicts how people in positions of power would invite imposters to sit for Madhya Pradesh Professional Examination Board exams. Finally, Ritwik Bhowmik, Ravi Kishan, Sonali Kulkarni, Sachin Khedekar, Ankita Sharma, and Hemant Kher play prominent roles in the show.

It will be finally added to Amazon Prime Video’s new shows in December. The series is moreover a romantic comedy with a remarkable plot on the search for love, therefore making its way to this list.

Foodtastic is releasing on Disney+Hotstar this Wednesday. However, expensive scene work and larger-than-life sculptures are created entirely by highly skilled artists in the series.

Read more : Mark your calendars for 8 Upcoming films in 2022

GodFather starring Megastar Chiranjeevi, is a Telugu film that's releasing in the theatres on 6th October 2022. The...