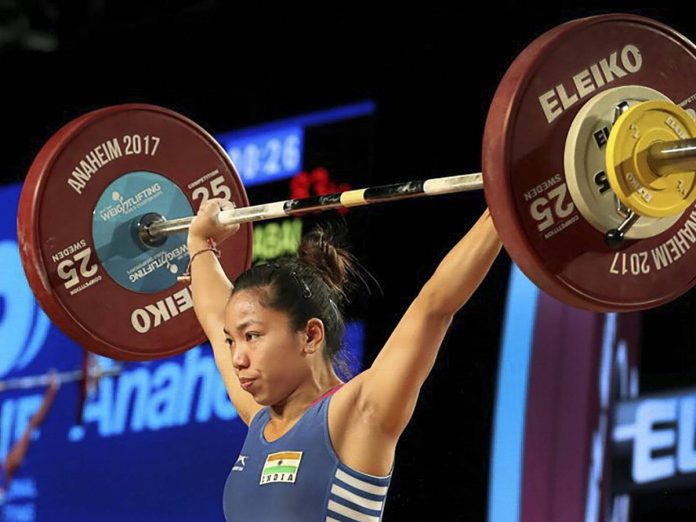 The 26-year-old lifted 87kg in snatch and 115kg in the Clean and Jerk event to score a total of 202 during the 49kg category final to create history in Indian weightlifting. 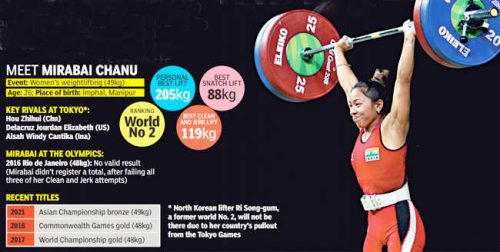 With the silver medal, Chanu has also opened India’s medal account at the 2020 Tokyo Olympics. China’s Hou Zhihui won the gold medal in this 49kg category, while the bronze medal was won by an Indonesia player named Cantik Windy Aisah

In the final, China’s Zhihui creatn Olympic record by lifting 94kg in the snatch event. She led the table after the end of snatch, while the Chinese also topped the chart in the Clean and Jerk event, lifting 116kg — another Olympic record.

This was Mirabai Chanu second appearance at Olympics. In the Rio edition in 2016, she had failed in her first snatch attempt of 82kg. On her second attempt, she was able to lift 82kg before failing in the third attempt at 84kg. She also flunked all three attempts in the Clean and Jerk.

However, the weightlifter made tremendous amends in her second outing in Tokyo. Chanu completed her first and second snatch attempts at 84kg and 87kg respectively, before failing the 89kg attempt. In the Clean and Jerk event, she successfully lifted weights of 110kg and 115kg.

Follow all the live Updates on Tokyo Olympics 2020 right here

There are amazing praises going all around the globe for Mirabai chanu for winning 1st  silver medal in Tokyo Olympics 2020 for India. It as been a tremendous start for the Indian Players.

India 🇮🇳 is so proud of you Mira !#TeamIndia #Tokyo2020 pic.twitter.com/QSqI7XTHbV

Heartiest congratulations to Mirabai Chanu for starting the medal tally for India in the Tokyo Olympics 2020 by winning silver medal in weightlifting.

Could not have asked for a happier start to @Tokyo2020! India is elated by @mirabai_chanu’s stupendous performance. Congratulations to her for winning the Silver medal in weightlifting. Her success motivates every Indian. #Cheer4India #Tokyo2020 pic.twitter.com/B6uJtDlaJo

It is time for Indian athletes to shine in the most-awaited Tokyo Olympics that got delayed for a...
IPL

Tennis would be incomplete without the legendary Roger Federer. The entire world holds its breath whilst witnessing Roger...
Entertainment

Just like in other sports fields, India has achieved success in badminton as well, And a lot of...
IPL