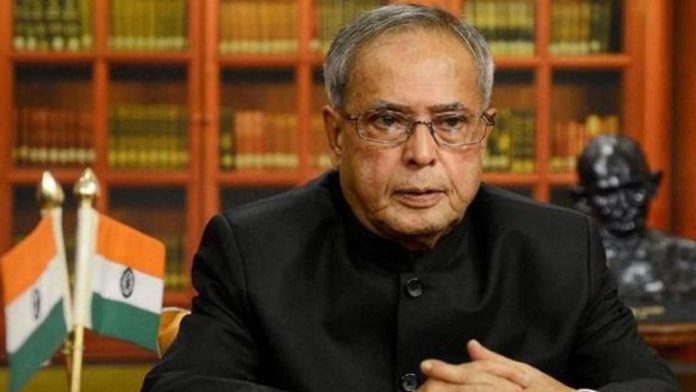 Former President of India and Congress party old-hand Pranab Mukherjee passed away on Monday at the age of 84. The politician spent five decades in politics had undergone brain surgery at Delhi’s Army Research and Referral hospital. The hospital said his health began declining on Monday after a lung infection resulted in septic shock. Mukherjee, who had also tested positive for coronavirus, was admitted to the hospital on August 10.


The 84-year-old served as India’s 13th President from 2012-2017. A tough taskmaster, avid reader, and history aficionado, Mukherjee ensured that he leaves his mark on the presidency. He made it easier for common people to visit the Rashtrapati Bhavan. Pranab Mukherjee was honored with Bharat Ratna, India’s highest civilian award in 2019.

With a Heavy Heart , this is to inform you that my father Shri #PranabMukherjee has just passed away inspite of the best efforts of Doctors of RR Hospital & prayers ,duas & prarthanas from people throughout India !
I thank all of You 🙏


PM Narendra Modi remembered the former President and recalled his contribution towards the country.

India grieves the passing away of Bharat Ratna Shri Pranab Mukherjee. He has left an indelible mark on the development trajectory of our nation. A scholar par excellence, a towering statesman, he was admired across the political spectrum and by all sections of society. pic.twitter.com/gz6rwQbxi6

He was considered a walking encyclopedia on virtually everything related to politics and governance which made it difficult for any bureaucrat to hoodwink or trip him. Remarked a former secretary in the government who worked under him when Mukherjee was a foreign minister: “He has a photographic memory for the fine print and remembers negotiating details and their articles and clauses like nobody can. So whatever you tell him, he will tell you more about it.”


“With great sadness, the nation receives the news of the unfortunate demise of our former President Shri Pranab Mukherjee. I join the country in paying homage to him. My deepest condolences to the bereaved family and friends,” former Congress President Rahul Gandhi wrote on Twitter.

With heartwarming condolences to the family, we wish may Paranb Sir’s soul may rest in peace.

“As Indians, we must, of course, learn from the past but we may remain focused not the future. In my view, education is the true alchemy that can bring India its next golden age” -Pranab Mukherjee

Indian railways are in the mood to add 100 new trains into the already function 200 'Special trains'....
News

It's been 539 days since the first time PM Modi announced the very first 21 day lockdown on...
Entertainment