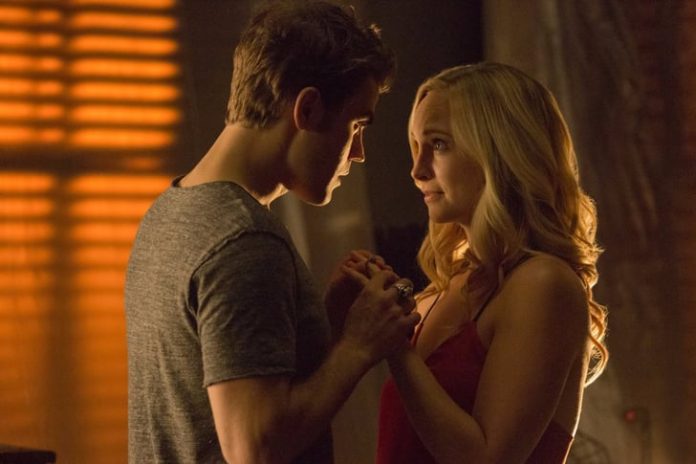 Talking about one of the favorite characters in The Vampire Diaries, Stefan will get the maximum number of votes as he has the most compelling love interests. He is the guy with a large majority of women around him who fell for him one time or the other and had great chemistry with almost all of them. Though, having so many relationships made his love life complex.

It was always suspense for the audience with whom Stefan should be at the end of the show as they were so attached to this character. But the die-hard fans of the show already know that he ended up marrying Caroline Forbes before sacrificing himself to save Mystic Falls.


Here is the list of all the women with whom Stefan fell in love in the Vampire diaries and a few might your favorite ones that you expected her to be with Stefan:

As both the characters get closed to each other, Ivy became more than a fling for Stefan. At first, Ivy was totally unaware of the supernatural creatures that were present in the world, and Stefan would do anything to save her if she gets in trouble all because of him.

Later she turned into a vampire by Enzo and used her as a weapon against Stefan. Having a personal attachment with her turned Stefan into a helping hand and he tried hard to help her through the transition process, but unfortunately, she got killed by Tripp after he kidnapped her and drove over the town line.

A lot of doubts were raised by the audience regarding Stefan and Lexi’s relationship and how close they were in The Vampire Diaries. Every time they were summoned for interviews, this was the most frequently asked question and their replies were always the same that there isn’t anything between them and both these characters are just friends in the show.


It was believed by many fans that they could end up in a successful relationship because of how they got along with each other. Stefan has been found many times saying that Caroline always reminds him of Lexi.

Being total strangers to each other and later got married. There is a beautiful background story of their married life. So, it started like this, Caroline had a huge crush on Stefan ever since the pilot, but during that time they both dated other people and she never resisted herself stopping liking him. Later they get closed to each other and their closeness resulted in best friends first.

For many episodes of The Vampire Diaries Stefan couldn’t generate personal feelings for her and later in the story, it felt forced when they got together, as the chemistry was missing between them. The story of their love life was well-written and later they got married.

Sometimes a person feels bad when the other person doesn’t like you at all and this is what happened with Stefan. Stefan was never the love of Elena’s life because she ended up falling for his brother instead of him.


It was always obvious that Stefan had genuine feelings for Elena and he always acted differently when she was around. He usually turned into a different person and after they broke up, Stefan never remained the same and that breakup changed him.

Qetsiyah and Stefan were never the actual love with each other, but there was some hardcore flirting that they enjoyed very well. There was a moment when Elena got jealous after knowing about the two and she barged into Qetsiyah’s house to see if something is cooking between them.

But Stefan was trying to win Qetsiyah’s trust and on the other hand, she really enjoyed pushing Elena’s buttons and irritating her.

Stefan and Valerie’s relationship were quite complex a she got pregnant with Stefan’s child before she got attacked by Julian and had a miscarriage. It was difficult for Valerie to stop loving Stefan. Although she was always on his side when he was escaping himself from Rayna Cruz. She always risked her life for him and never asked for anything in return. This showed how loving and caring she was and her feelings for him were genuine all the time.


Valerie was never a bad option for Stefan but he never had feelings for her, that is why Valerie deserved someone better than him because she was totally devoted to him but he was never to her.

Rebekah had gone through many incidents and her life wasn’t easy. But Stefan came to understand that she is the type of girl who wasn’t treated the way she should be. Many characters enjoyed pressing her trigger points. They both enjoyed their relationship together, but Klaus erased Stefan’s memories and he was forced to forget everything about her and their relationship.

Still, Stefan has a soft spot for her and treats her the way she should be treated like a normal person. If Caroline wasn’t the one for Stefan, then Rebekah was absolutely the one who could live with Stefan her entire life.

Katherine’s character was really interesting as she was shown as a heartless woman, but the story-writers of the show used her feelings as a way to showcase humanity for Stefan. Being a heartless person doesn’t mean they don’t have feelings for anyone, they might be heartless for others but not for that only person who they love the most, and Stefan was the love of her life.