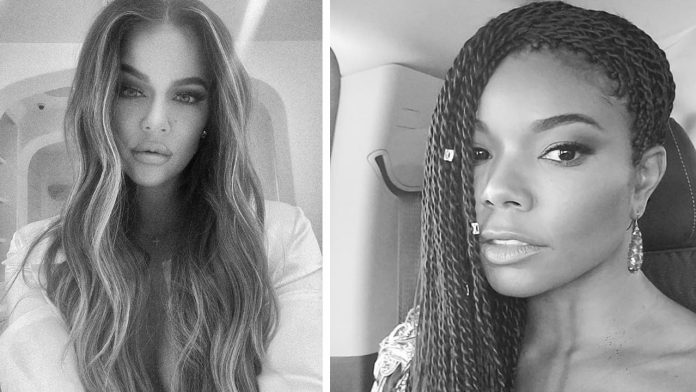 Social media is buzzing with the latest trending thread “Challenge Accepted”, where women from all over the globe are posting black and white photos of themselves, captioning their friends and families. The challenge is in support of womanhood and to promote female empowerment. 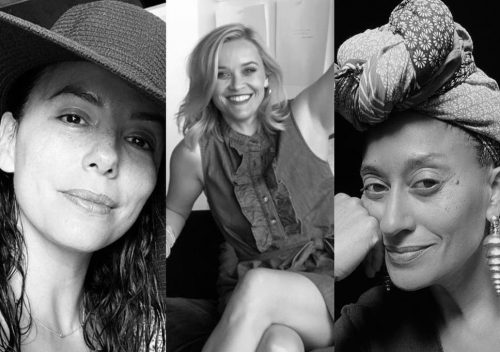 Unknown with its source, the trend surfaced up on Sunday and since then it has become a worldwide sensation among the women. Many named models, actresses, and TV anchors have posted their B&W photos, taken from flattering angles and accompanies by the caption about “supporting women”.

“Love this simple way to lift up each other. #challengeaccepted. Thank you for nominating me @vanessabryant,” the model Cindy Crawford posted on Monday along with a black-and-white photo of herself strolling on a beach that looks ripped from a Calvin Klein advertisement.

Khloe Kardashian, one of the Kardashian sisters, wrote “Challenge Accepted” while posting an Instagram post on Sunday. “To all my Queens- Let’s spread love and remember to be a little kinder to one another. #womensupportingwomen,” the 36-year old American media personality wrote.

The chain of this new trend includes postage of a black and white photo of women where they encapsulate caption as “Challenge Accepted”. Along with it, they can nominate as many people as they want to via their post. The nominated person will also be required to do the same as everyone else.


The challenge has circulated like chain mail all over the social platform. Participants from all over the world including the actresses Kerry Washington, Jennifer Garner, Kristen Bell, and Eva Longoria have posted their “Challenge Accepted” posts to help the campaign gain visibility.

Meanwhile, the source of the trend is still unknown to the company. As the social media site is blowing up thousands of posts each day, the Instagram administration and many social media marketing executives are still wondering over the first thread that started the social media wildfire.

Cristine Abram, a public relations and influencer marketing manager at ‘Later’, a social media marketing firm stated that a video of Representative Alexandria Ocasio-Cortez started the chain that recently surfaced over the internet and became a major hit.

In the video, Alexandria is seen speaking out on Representative Ted Yoho’s sexist remarks against the 30-year old female U.S Representative. The young representative was seen heavily howling against Yoho after he dropped the F-Bomb against Alexandria in front of the world media.

A representative from Instagram spoke on the hot topic, stating the origin of the post to be Brazil. A black and white post, made by Brazilian journalist Ana Paula Padrão, could have started the chain. Others believe that the chain was started by some Turkish women to raise awareness against femicide.

As many of us wondered about the origin, few aimed towards the need for the challenge. Unlike many celebrities, many known individuals also raised a query about the meaning and reasoning of the new challenge. And asked other participants why did they engage in the first place as well.

Brooke Hammerling, founder of a strategic communication advisory said, “I just don’t know what it stands for. Everyone in my life has done the challenge, I’m 100% for women supporting women and grateful to those who nominated me, but I don’t understand how a black-and-white vanity selfie does that.”


Camilla Blackett, a TV writer, stated the challenge was a boost to gain social attraction and benefited many who needed it. “What is the point of this #ChallengeAccepted thing? Do people not know you can just post a hot selfie for no reason?” she tweeted on Monday.

Adding to Camilla, many women also suggested, instead of posting hot pictures, why not share books, ideology, or anything that could make a woman strong. Whilst the trend is still picking up on Instagram and gaining huge traction with its hashtags, the challenge saw a mixed reaction thereafter.

ALSO READ: Why #BoycottNetflix was trending on Twitter? Checkout

How to buy hair extensions?

Hair extensions can easily add volume and length to your natural hair, but they're not cheap. In the...
News

Virat Kohli, the face of world cricket, has a fan base comparable to the world's most popular athletes...
Technology

Instagram is one of the best tools to get your brand up and going at a rapid rate....
News

It has been in the development stage for the last few months and now, Facebook-owned Instagram is launching...
Technology

Instagram and Facebook are the backbones of Social media, they have been around such a long time that...
News