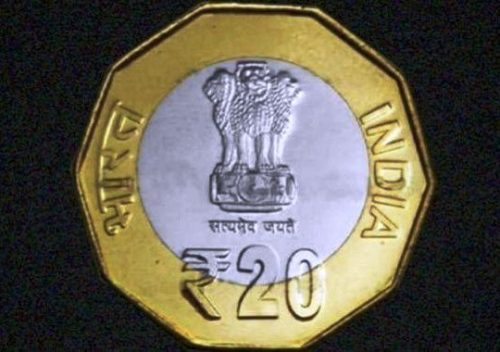 Whenever a new currency is launched, it created a different kind of excitement, the reason for which is still unknown. Not to cater to this excitement but with an actual purpose, the Government has launched the new 20 Rupee coin and it sure looks quite different from what we’ve used to see. 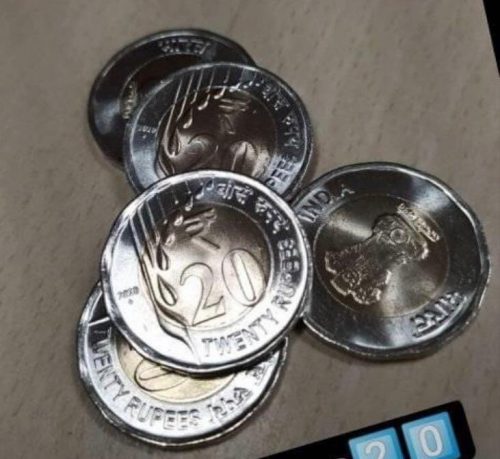 To unveil the surprise, one Redditor actually posted the photo of the new 20 rupee coin on a subreddit. Which got quite a recognition from the Reddit community and well! getting covered by everyone, including us.

Going by the released pictures, the coin is in the shape of a 12-edged polygon (dodecagon) and as claimed weighs at 8.54 grams with a 27-millimeter diameter.

The material used to make the coin is Zinc, Nickel, and Copper. Which makes the coin much more durable than its predecessors under extreme conditions.


ALSO READ: How to Create an INR 5 Crore Corpus For Your Retirement

On the front side, as it should be, there embarked an initial twenty in Devagiri and English fonts along with a picture of grains and water depicting the agricultural strength of our nation.

On the backside, we can see the ‘Ashoka Pillar’ embossed over it with India and Bharat imprinted on the right and left periphery.


The introduction of the coin was done the previous year and it was said to come under circulation by May 2020, exactly when the COVID-19 pandemic breakout. Which is the main reason behind the delay of the coin’s circulation.

Moving on, we can expect the circulation to start very soon and as of now, INR 20 coin is the highest denomination in the Indian Coin category. It makes up for almost 1/3 of a dollar value going by the current markets.

Any official date for the coin launch has not been set up and is yet to be decided. But when it’ll be out, you’d be the first one to know as we’re keeping a keen eye on the matter, till then you can use your old twenty notes instead of the upcoming coin.


ALSO READ: Keep These Things in Mind Before Your Buy a Cancer Insurance Plan

The government took the first step on Monday to potentially procure the first deal for the India COVID-19...
News

In the current fast paced world everything is online. DigiLocker is a cloud storage service that stores all...
Offers

Amazon Prime Day Sale 2022 is just around the corner. The e-commerce company will hold its sixth Prime...
News

After observing huge traffics on toll plazas led the Union Ministry of Road Transportation and Highways to take...
Entertainment

The Consumer Protection Act (CPA), which was introduced in Parliament back in 2019, is now all set to...