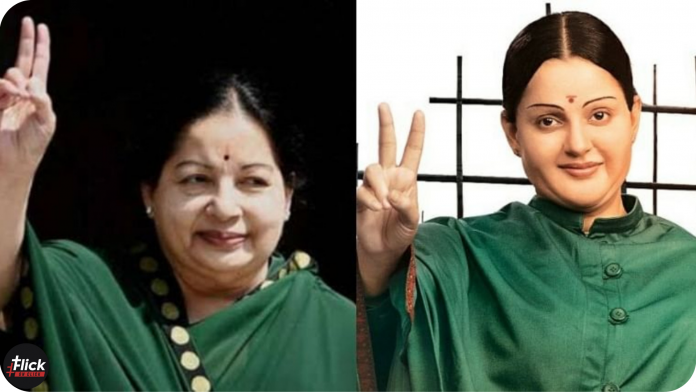 Kangana Ranaut is coming into a new form with her newly released ‘Thalaivii’, a biopic on the life of Jayalalithaa, who was a superstar turned politician and a loving personality by many.

Now, if you’re into news and related stuff, then you must be having a negative sort of image when you hear the name ‘Kangana Ranaut’, but you’ll be amazed to see the movie. The reason being Kangana’s phenomenal acting and her accurate depiction of the events in real life.

Now, all who have watched the movie are going appalled by the reviews that we can hear—starting from the writing to everything that goes into making this movie, including the side characters, direction, and more.


You might think from the trailer and the summary that this is a one-man show where the character of Jayalalithaa takes the limelight. But you’re wrong on that because it is well divided into sub-roles and plots, where everyone shines equally.

Suppose we talk about the real events, then the life of very respected Jayalalithaa has been filled with events and occurrences where she was either the highlight of the story, in the news, and more. This is what makes this film very interesting as we get to know the other side of the story, the one which we don’t know until yet.

And when you get to see the full picture, then you get to know and evaluate the real situation fully. Now, if you’re millennial and unaware of everything that we’re talking about or who Jayalalithaa actually is, then a simple Google search would do.

But in summary, we can say that she was the top-of-the-line actress in the country, and later on, she turned her way into politics as she was considered a capable leader to inspire change.


The movie is a depiction of her struggles and everything that she faced in her transition from a movie star to someone who was raised high on the battleground of politics. A must-watch if you’re into a great cinematic experience that also endows you with historical information and events.

Qismat 2 is one of those movies that you need to watch. Not to be exaggerating, but some...
Lifestyle

Summer trips are loved by everyone and no one likes to bail on the opportunity of going on...
Entertainment

Over the years, Bollywood has produced some of the most romantic love stories ever! Whether in actual situations...