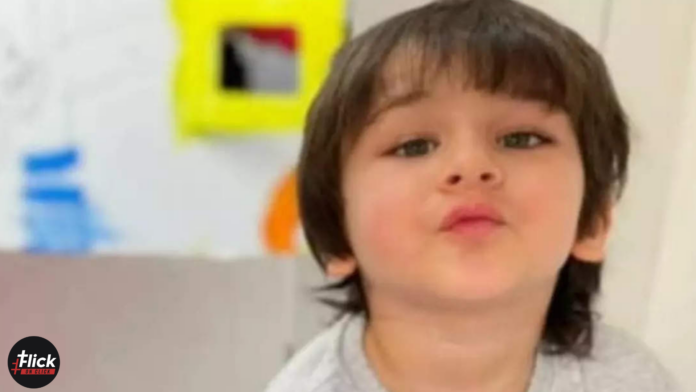 Taimur Ali Khan is one of the Paparazis favorite kids. After all, with his cute looks and chubby cheeks that produce a smile so adorable, anyone could fall for him.

But someone is rising to his competition, and it’s Taimur Ali Khan himself. Yes! You heard it right, but there’s a little twist; here we are talking about his doppelganger. 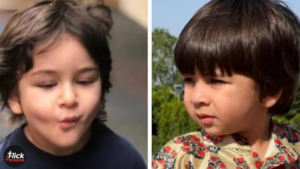 Recently, the internet has been buzzing with photos of Zaryan Thapar, who looks precisely like Taimur Ali Khan and has been grabbing all the limelight in the past few days.

Well! In all that, one thing is for sure that we’ll be loaded with double the dose of cuteness that we get on a regular day, which is the exact reaction from the social media on this topic.

But the photo raised some controversy as well. Bollywood’s famous and most iconic paparazzi photographer Viral Bhayani shared the photograph of Zaryan Thapar on his social media handle and started this buzzword.

On his respective Instagram handle, if you go and check out this post, you can see a divided audience, out of which one is finding it cute, and the other half is angry that it’s not good to compare two children of that age.

Moreover, we’re also waiting for the Kareena and Saif’s second son Jehangir Ali Khan photos, which are not yet out due to his star parents’ maintaining an aura of secrecy around him.

Well! Whatever it may be, we hope that it does not negatively affect the lives of both kids; after all, they are both innocent souls and should not be tainted by being in the limelight for reasons they don’t want to be.

Additionally, in an interview with Kareena Kapoor, she said that Taimur is such a big brother to her little one that he is already sharing things with her, helping with the little one, and more.

According to her, Taimur (Tim) would soon be an adorable big brother that Jehangir (Jeh) would happily look up to.

Tell us what’s your opinion on the matter. Do you think that both kids look alike, or do you not? Comment down below.

WhatsApp, Instagram, and Facebook went under a huge wave of outage in India and worldwide on Friday night....
Entertainment

Kareena Kapoor Khan is a famous Indian actress, model, starlet, and diva who was born on 21st September...
News

On Thursday, Facebook CEO Mark Zuckerberg made an announcement publicly, the parent company’s name is changing to “Meta”....
Entertainment

Father Daughter Duos in Bollywood are available in abundance. The Indian cinema has seen many daughters of famous...
News

Nowadays, Instagram has become the most popular social media platform where people engage personally or expand their business...
Entertainment

Kareena Kapoor Khan is a famous Indian actress, model, starlet, and diva who was born on 21st September...
Lifestyle

Social media has always been an integral part of our life. Our best days to not so good...
Fitness

We know daily exercise is good for boosting your health naturally. There are many options that will enhance...