Suzuki is planning on starting the test run for its new lineup of electric two-wheelers in India. The test run can start from the first quarter of the next year and they had been progressively working on the same for quite some time already.

“We are developing an electric scooter for India and next year we will start test running it in India. We are continuously studying the electric vehicle (EV) market and we have developed a prototype. We gather as much information on the EV market as possible,” Satoshi Uchida, managing officer, and deputy executive general manager in charge of marketing and India, Suzuki Motors commented on the issue.


The manufacturers who want to include EV technology and manufacture electric vehicles are facing government corporation for providing essential charging infrastructure throughout the nation. The government is yet to show a sign that they are going to uplift the charging bank construction.

Despite this problem, Suzuki Motors decided to run their two-wheeler and have partnered with Maruti Suzuki, their sister’s concern for solving this issue. Maruti has a vast network throughout the country and placing charging infrastructure in their facilities could do the trick without waiting for the government to make a move first.


“We can work and coordinate with Maruti Suzuki using the same technology and try to utilize their network as well. Maruti has a large network and that is a huge advantage. So many touchpoints and so many charging points,” Uchida added. 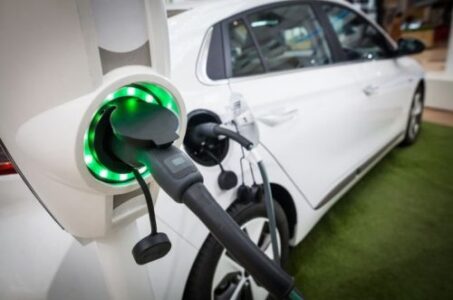 Suzuki has also been working with Toyota for manufacturing small electric cars for the Indian market and they are going to use the technology used in Suzuki-Toyota cars in their two-wheeler as well.


The Indian market is hot for electric vehicles and as the new Bajaj Chetak was showcased a few weeks ago it’s getting even attractive by the minute. Also, Revolt, a new manufacturer also launched its electric motorcycle with stunning and sporty looks and great payment plans, which can be called the event from where people started giving importance to the electric vehicle industry.

There are certain problems with the current electric vehicle ecosystem and they are the kind of problems that force a customer to think a dozen times before spending on Electric vehicles. The main problem is the charging infrastructure and the next is that the electric vehicles are a little over the price range of average Indian buyers. But even if they do neglect all those issues, they usually get stuck at the amount of distance the vehicles provide on a single charge, which is a big limiting factor.


“We do not think EVs will be successful immediately. We will have to monitor the situation and understand the bottleneck. So our understanding is that the first generation EVs will not succeed but by the third generation it should be a success,” Uchida mentioned.

The majority of the Indian market is not the early adopter kind and is comprised of a late-majority mindset audience, who buys a product when it’s proven to work and provide for their needs. It will be interesting to see how India will adapt to the electric vehicle situation and how.