Sushmita Sen break Up: A wonderful love story with a sad downfall Sushmita Sen and Rohman Shawl’s love has ended and decided to break up. Although they have agreed to remain friends. Sushmita verified that in an Instagram picture, which Rohman reshared on his profile.

News of Sushmita Sen and lover Rohman Shawl’s separation had been circulating for some period. On Thursday, the actress resolved to set the record straight once and for all.

Sushmita Sen said on Instagram, with a photo of herself with model Rohman Shawl, saying the affair ended long ago and that the two “remain friends.” In her post, she stated: “We began as friends, and we remain friends! The relationship was over a long time ago, but the love remains.” She included this as a Caption in her post.

However, Rohman replied on Sushmita’s post Always. One of the Fans replied on Rohman’s post ‘You owe so much to her, brother. Never forget that. Rohman’s revert is “‘I can never forget that!! She is my family along with the heart emoji. 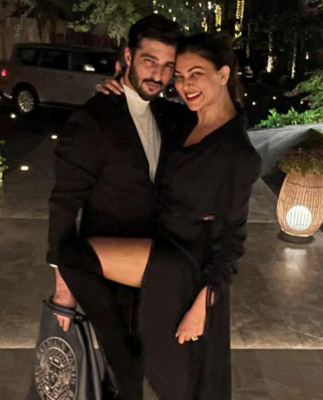 Rohman Shawl and Sushmita allegedly began a relationship in 2018. Rohman, a beauty, has walked the runway for several high-profile designers. He and Sushmita Sen were often photographed together.

Sushmita and Rohman had become relatively close over the years and they were setting significant relationship goals for everyone else. So much so that follower speculated about their marriage.

Sushmita Sen made a return with the new show Aarya. Moreover, Show was honored for the Best Television Drama during this year’s International Emmy awards. Likely, She was most recently shown in Chapter 2 of Aarya, which premiered to rave acclaim. Along with artist Manish Malhotra and entertainer Mallika Dua, the actress was a judge in the TV television show Fashion Superstar.

Sushmita Sen is a single parent of Alisah (daughter). Sushmita adopted Renee in 2000, and Alisah re-joined the home in 2010. Renee began acting this year in a short movie.

Rohman has also featured in several of Sushmita’s Instagram postings, alongside her parents and children Renee and Alisah. On Sushmita’s 46th b’day in November. Rohman hailed her on Instagram Account, Happy Birthday Babush.  He also included heart and embrace emoticons.