Sonu Nigam or Shaan Who is a better singer? Shaan and Sonu Nigam are two of Bollywood’s most well-known and well-liked actors. They have sung incredible tunes and have always made listeners feel at ease with their singing. Their voice is magical, and their incredible singing abilities enable them the most outstanding singers. They have a strong passion for singing as a vocation, which is evident in their compositions. In this excerpt, we will look at who is India’s golden voice Shaan or Sonu Nigam.

Side-by-side comparison between the artist Sonu Nigam and Shaan

Shaan and Sonu are both excellent artists. They have performed incredible tunes and established a worldwide fan base. They are highly valued by a large number of individuals all around the world. Both have received a fantastic reception from the younger generation for their vocal abilities. As a result, picking one would be hard.

So, who do you think has India’s golden voice, Shaan or Sonu Nigam? Let’s see what people say on Quora.com

“I’ll go with Shaan since he can sing a melody like Chaand Sifarish as well as a party tune like Its Time to Disco with equal aplomb. He possesses that diversity. Shaan also performed some Telugu songs. He has a fantastic musical voice and can also sing a party song with similar brilliance. He has a beautiful voice and sounds fantastic when he sings excellent melodies. Shaan had not only sung in Hindi, but also in Bengali, Tamil, Kannada, Telugu, Marathi, and Assamese. He can also be spotted impersonating other vocalists. He was also a reality program anchor once at a time” Source – Quora.com

“Definitely…. it’s Sonu Nigam. His voice is so touchy. One of his greatest works was ‘Abhi Mujh Me Kahi’ from the film Agneepath” Quora.com 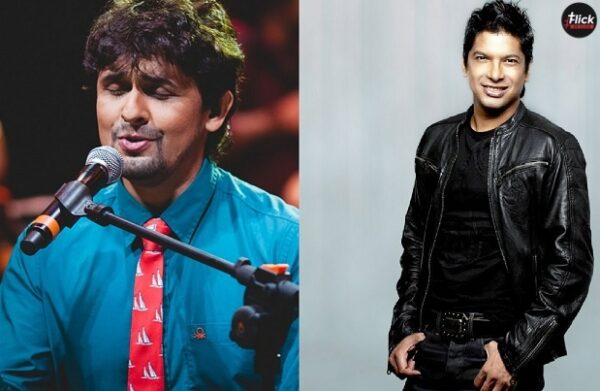 Sonu Nigam, who has started singing a song for vocalist Shaan’s band Superbia for the upcoming movie “Baa Baa Black Sheep,” believes Shaan has a “greater voice” than him.

“What an honor it is to sing for Shaan… A stronger voice than mine… “For a song written by his Superbia for ‘Baa Baa Black Sheep,'” Nigam tweeted this.

Shaan and Sonu Nigam have both been active in the Indian song industry for several years. They are well-known for their sweet and beautiful melodies.

Read More: Anushka Sharma or Alia Bhatt? Who is a better actor?

Shubham Gandhi, who gained quite a name for himself due to his successful sketch comedy YouTube channel that...