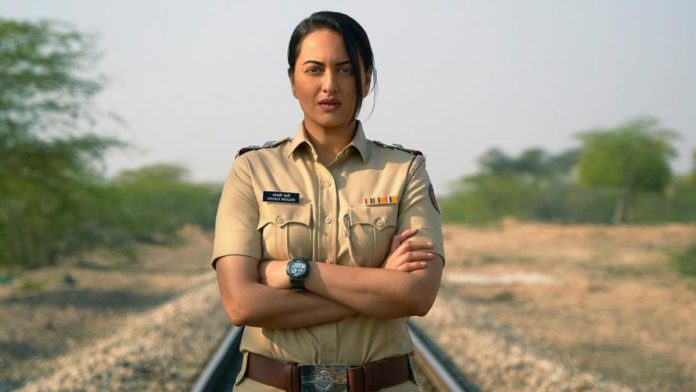 Sonakshi Sinha is all set to kick-off as a fierce cop in a new Amazon series.

Sonakshi shared the first-look of her new untitled amazon series as a dedicatory post to honour girl power on women’s day.

The look sports Sonakshi Sinha in a cop outfit, standing arms-crossed and looking diligent amidst a railway track. With no hint on the release date and the series title, the post has left a mysterious and sturdy effect on the audience.

What added to the vibrancy of this post on women’s day was Sonakshi’s quote. She wrote, “There’s no limit to what women can accomplish. Our collective belief in this has only been reinforced time and again. And on the eve of Women’s Day, we’re taking things up a notch! Can’t wait to show everyone yet again how girls get it done! Coming soon to serve and protect on @primevideoIN.”

The mystery series features several renowned artists such as Vijay Varma, Gulshan Devaiah and Sohum Shah. The series is directed by two top-notch artists, Ruchika, who is known for her success with lust stories and Reema Kagti, who is celebrated for her splendid work writing the script for gully boy.

According to intel, Ritesh Sidhwani, Farhan Akhtar, Kagti and Zoya Akhtar are producing the series.

Although it’s been a while since the actress bought glory to the stage like in her previous work with 2019’s Dabbang 3 and a special appearance in 2020’s Ghoomketu, the first look of her new project leaves hope to see her rock a new striking role.

So, make way for this unannounced surprise form Sonakshi Sinha and Amazon Prime in your wishlist for upcoming series to watch.

Also, don’t forget to tell us which movies are you looking forward to in the upcoming times and we’ll be covering every bit of information about the same.