Jitendra Kumar is one of the rising stars in the Hindi film industry. He has made a name for himself with nuanced performances in web series and movies like Panchayat, Kota Factory, Shubh Mangal Zyada Savdhaan and Jaadugar. He has won a Filmfare OTT award for Best Actor in a Comedy Series for his role in Amazon Prime Video’s Panchayat. His upcoming works include Panchayat Season 3 and Kota Factory Season 3. This is all the information you can easily discover about Jitendra Kumar, but we have revealed some interesting facts you may not have heard about him. 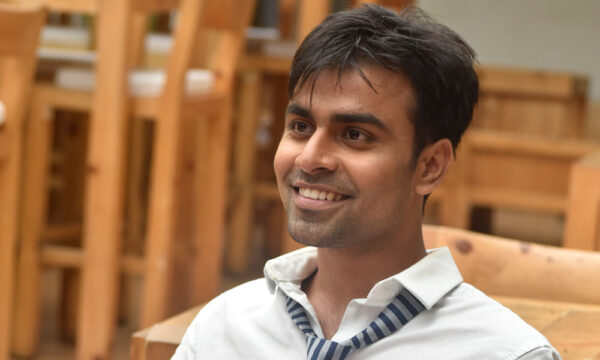 Here are some lesser-known facts about Jitendra Kumar:

Jitendra Kumar was born in Khairtal Village of Alwar city in Rajasthan on 1st September 1990.

Jitendra wanted to be an aerospace engineer, but due to his not-so-good rank in JEE, he opted to go for civil engineering. He studied at IIT Kharagpur to complete his graduation. However, he has shared that he realised that he did not want to be a civil engineer during his time at IIT.

Also Read: 10 Best TVF Series to Watch on TVFPlay this weekend to relieve the stress

The Panchayat actor became fond of acting during his graduation. He started acting in many stage plays. Kumar had done several stage plays as the Governor of the Hindi Technology Dramatics Society in the IIT.

He met the Executive Creative Director of TVF Biswapati Sarkar during his stage plays at IIT.

Many of his college friends have revealed that Jitendra was very lazy during his graduation. He used to sleep till noon. Kumar was also very conscious of his fashion sense and image. In an interview, Biswapati Sarkar revealed that Kumar had not changed a bit, and that’s why he is known as Kunwar Sa (Prince) of TVF.

Jitendra, who has been loved as Jeetu Bhaiya and Abhishek Tripathi, has also starred in web series like Permanent Roommates, TVF Pitchers, TVF Bachelors, ImMature, Cheescake and Humorously Yours.

Instagram is one of the most popular social media sites for marketers to engage with their target consumers....
Lifestyle

When it refers to actors and actresses on the big and small screens, Hollywood has its favorites. More...
Lifestyle

Enigmatic. Handsome. Magical. Intellectual. The late actor and star Sushant Singh Rajput was all of these. This television...