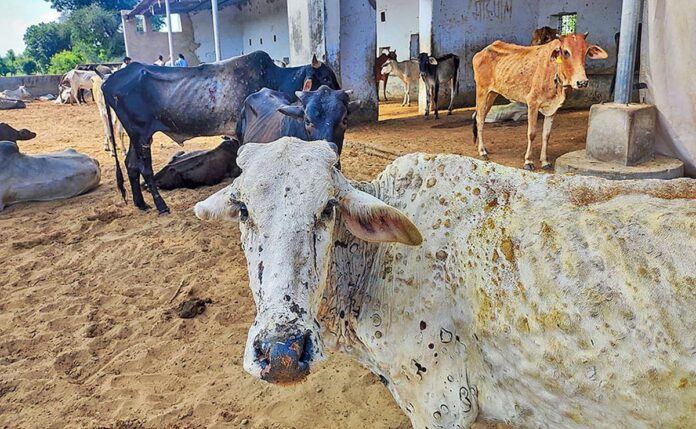 A highly infectious Lumpy Skin Disease Virus among the cattle in India has already taken the lives of 76,000 cattle and has quickly spread to more than 10 states and UTs in India. Rajasthan is the worst hit state by the Lumpy Skin Disease Virus, and Maharashtra is another one that’s reeling from the effects of the deadly disease.

What is the Lumpy Skin Disease? 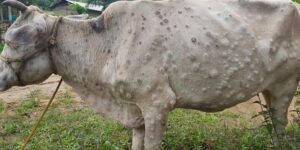 LSDV is not a zoonotic virus which means humans cannot contract it. Contagious vector-borne virus carriers like mosquitos, flies and other insects can multiply the effect of this virus by spreading it among cows and water buffaloes.

How Does the LSDV Affect Cows?

The Lumpy Skin Disease Virus causes the lymph nodes of the infected cows to enlarge and appear like large lumps on the skin. The lumps can range from a diameter of 2-5 centimetres. These lumps can form on a cattle’s head, neck, limbs, udder, genitalia, and perineum.

With time the nodules or the lumps develop into ulcers and leave scabs all over the skin of the infected cow. There are some serious symptoms caused by the virus among the cows. These symptoms can end up taking the lives of the cows affected by the virus. The aliments developed by cattle due to the LSDV include:

How did the LSDV arrive in India?

The first Lumpy Skin Disease Virus case was observed in Zambia in 1929. Following this, it spread to other African countries. Subsequently, the virus reached West Asia, Southeastern Europe, and Central Asia and, more recently, spread to South Asia and China. The India Food and Agriculture Organisation has declared LSDV to be an endemic disease. It started to spread in India in August 2019.

What are the Implications of Lumpy Skin Disease Virus? 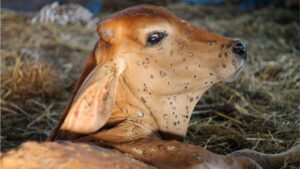 The Lumpy Skin Disease Virus can lead to significant economic losses, according to the WOAH (World Organisation for Animal Health). The lethal disease leads to reduced milk production as the animals become weak and experience severe stress and loss of appetite. People who generate income through cow milk and other agricultural means that requires cows and buffaloes can end up going bankrupt due to the severe economic impact that this disease can have.

Rajasthan, the worst affected state by the disease, has seen lesser production of milk by almost three to six litres a day. The livelihood of many households has been destroyed and further continues to debilitate. Farmers across Uttar Pradesh and Punjab have also seen a sharp decline in their income due to cattle deaths.

Is it Safe to Drink the Milk of a Cow suffering from Lumpy Skin Disease Virus?

“It is safe to consume milk from the infected cattle. There is no problem in the quality of milk even if you have it after boiling or without boiling,” Mr Mohanty, the Joint Director at the Indian Veterinary Research Institute, said.

The Press Information Bureau (PIB) released an advisory that provides ayurvedic methods that can boost one’s immunity. These...
Fitness

Homeopathic medications have been in the play for eternity but their usage has been clouded because of surrounding...
Fitness

It is natural to seek expertise in meditation when we are a beginner, find ways to have better...
Lifestyle

05 Simple Ways To Boost Your Metabolism

You have been struck with the lockdown, and there goes your healthy lifestyle, no more workout, and even...
Fitness

In the era of modernization, we are blessed to have digitalism in our lives. After the pandemic hit...
Fitness

New studies suggest that for many people who have been infected with a mild case of COVID-19, their...