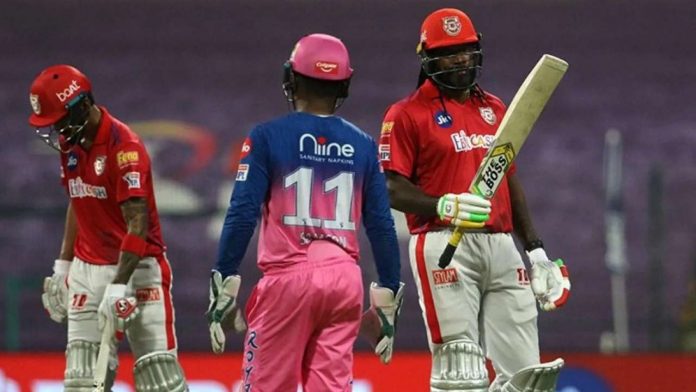 IPL Results 2021– Yesterday’s game between Punjab Kings and Rajasthan Royals was a phenomenal clash among two equally well-deserved contenders. While the Kings started first with the bat and put up a huge total of 221/6 on the board, the Royals did almost chased the same but were run short by just 4 runs as Sanju Samson scored brilliant 119. 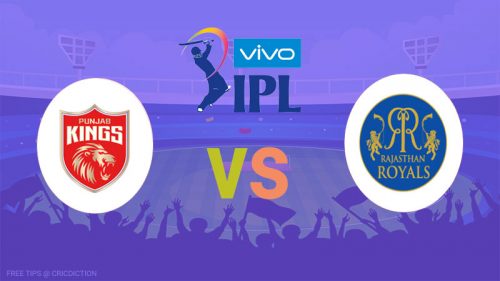 Sanju Samson, the debutant skipper of Rajasthan Royals smashed the scoreboard with 119 runs off just 63 balls and was taken out in the very last ball by Arshdeep Singh when 5 runs was needed.

To give you an overview of the whole match, it started when KL Rahul and Mayank Aggarwal arrived on the field from King’s side to bat first. Soon after, Mayank had to go back to the pavillion but KL Rahul was subtle in his performance throughout the game. He did hit a 91 off just 50 balls before he was taken down by Chetan Shakariya.

Now, along with KL Rahul, Chris Gayle, and Deepak Hooda, also contributed to the big score on the boards with each hitting 40 and 64 runs off 28 balls respective individually.

The final total from Punjab’s side came out to be 221/6 and now the Royal had a target of 222 runs in 20 over. Which is hard but plausibly achievable.

When the Royals turn into the game with their batting side, they hit huge disappointment from the start as Ben Stokes and Manan Vohra, their opening partnership was taken down at only a mere score of 25 runs on the board.

Then came next, Sanju Samson, who single handily stole the show and with a marvelous 119 runs off 63 balls, he brought back the lost hope. On the other side, he was lacking support but he supported a little bit by Jos Buttler, Riyan Parag, and Shivam Dube who all contributed about 25 runs on the board individually. Jofra Archer was missed heavily throughout the game.

In the end, the last over was bowled by Arshdeep Singh, and with him keeping his composure, and Sanju Samson still on the field, he willfully managed to get his team out of a clinched situation.

Only a mere 13 runs were required in the last over but due to Arshdeep’s calm and calculated performance, he not only did make it through the end but also got the wicket of Sanju Samson.

But still, nobody could have objected to the fact that Sanju Samson rightfully deserved to be the player of the match, which he was awarded during the ceremony despite his team taking a loss.

Well! That was all from today’s match and we’re already looking forward to the battle between Kolkata Knight Riders and Mumbai Indians, which is scheduled for today at 07:30 PM.

RCB won against Rajasthan Royals by 10 wickets in the match yesterday evening. They truly hold their position...
World News

The announcement of Lionel Messi departure from FC Barcelona was made in a statement by Barca: “Despite FC Barcelona...
IPL

Cricket enthusiasts on both sides of the border are salivating at the thought of India vs Pakistan. It...
IPL

RCB won against Rajasthan Royals by 10 wickets in the match yesterday evening. They truly hold their position...