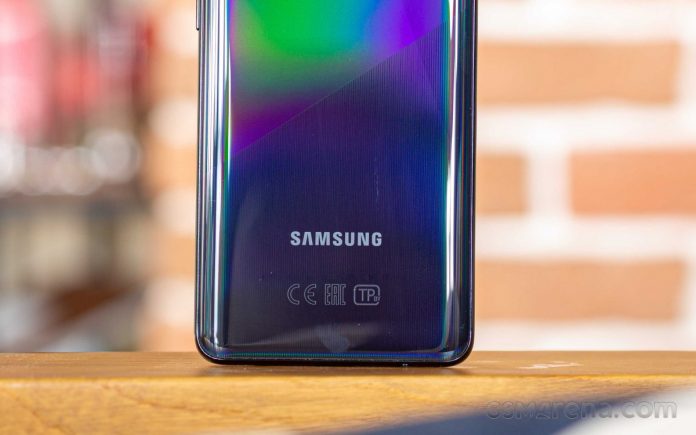 A new Samsung Galaxy Model, Samsung Galaxy M62 has been spotted on the FCC (Federal Communications Commission) certification website. It is believed that this is the new Samsung Galaxy M62 that consists of a large Lithium-Polymer 7000mAh battery. This upcoming Samsung device is bearing model designation SM-M62F/DS. Earlier, a lot of false rumors were aired about this device claiming it to be a tablet but later on, after confirming from the FCC’s official website, the device turned out to be a smartphone.

The company is working on the handset currently. Samsung Galaxy M62 is expected to feature a large display and an outside leak suggests that it might come with 256GB ROM. Actually, there is no such clarity that this will be the only storage option available for this handset, or lower storage capacity handsets may also launch alongside. It is believed to have a USB Type-C port and 3.5mm headphone jack, and the model SM-M62F/DS will ship with a 25W charger.

The documents on the FCC’s website also show model code SM-E625F/DS, and the model is likely to be rumored as Galaxy F62, which indicates that Samsung company will sell the same device with different names in different markets. In the model SM-M62F/DS, the ‘DS’ stands for dual-SIM support, and there are a few leaks about this phone that this model might come with 4G LTE, dual-band Wi-Fi, and NFC (Near-Field Communication) support.

Samsung Galaxy M62 is expected to be the successor of Samsung Galaxy M51 which is costing Rs. 22,999 and leaks suggest that this model may launch sometime this year. FCC did not detail the specs of the device but some verified sources revealed that SM-E625F will come with Exynos 9825 SoC, 6GB RAM, and Android 11 operating system.