Check Out the Budget, Cast, Box Office Collection Prediction and more of Renfield. 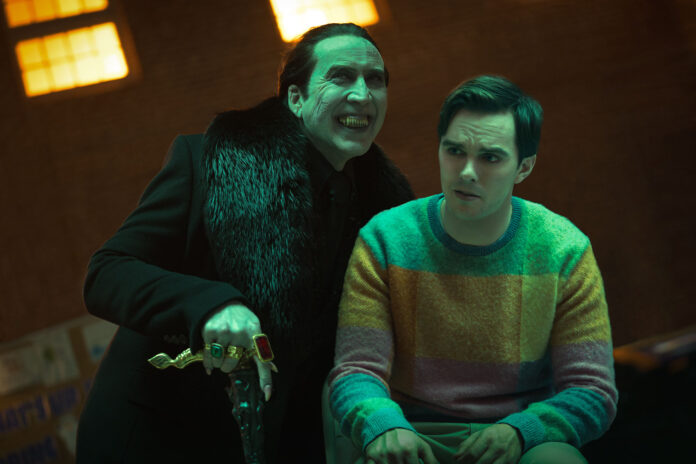 Renfield is an upcoming horror comedy directed by Chris McKay from a screenplay by Ryan Ridley based on an original idea by The Walking Dead and Invincible creator Robert Kirkman. It is slated to release in the theatres on 14th April 2023. Here we have covered the Renfield budget, box office collection prediction, story, cast and more.

Renfield is a low-budget horror-comedy that is made with US $25 million. The film will likely release in limited countries. It is also expected not to have extravagant promotions and will rely on positive critics reviews to succeed.

Renfield is expected to earn around US $100 million at the box office. The film’s trailer looks promising, and it has gotten positive feedback from the viewers. If the movie manages to get positive reviews, it will surely take the box office by storm in the United States of America.

Nicholas Hoult stars as Renfield, the tortured aide to history’s most narcissistic boss, Dracula, in this modern monster tale of Dracula’s loyal servant. Renfield is compelled to obtain his master’s prey and carry out his every command, no matter how heinous. But now, after centuries of servitude, Renfield is ready to see if there is life beyond The Prince of Darkness’ shadow. If only he could figure out how to break free from his codependency.

Almost Pyaar with DJ Mohabbat is an upcoming Hindi language movie slated to release in the theatres on...
Entertainment

Faraaz is an upcoming Hindi movie based on the real-life terrorist attack in Dhaka. The movie follows events...
Entertainment

Vadh box office collection day 1 is estimated to be around Rs 15 Lakhs. The movie is earning...
Entertainment

Gadar 2 is one of the most awaited movies of Sunny Deol. Recently, a visual from the film...