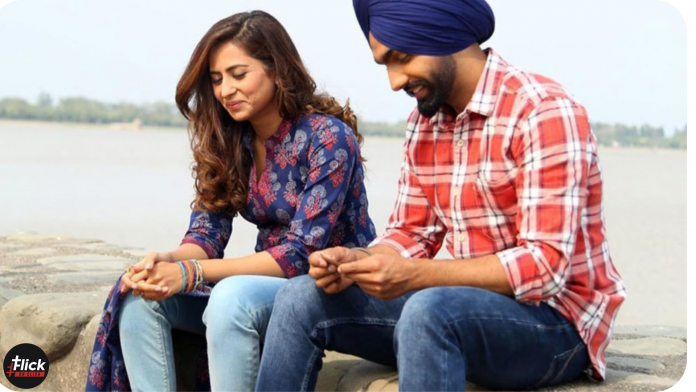 Qismat 2 is one of those movies that you need to watch. Not to be exaggerating, but some say that it’s one of the best movies released in 2021 due to its very accurate capturing the emotional point over the love affair we see of the protagonist’s life.

Now, even if you’re not a fan of Punjabi movies, we still bet that you must’ve heard the song ‘Qismat’ and liked it too, a couple of years back, right? Oh! Sure we are.

In the same context, Qismat 2 is based on the love affair of Ammy Virk and Shargun’s Mehta’s characters. Wait! Before you ask why we are using their real-world names, we tell you that they deserve to be known for their more than on par acting we’ve seen in the film.

You will laugh, cry and feel the power of love eventually to feel how hard heartbreaks are even if you haven’t gone through one yourself. So, we can say that it’s a complete package.

Social media is flooded with praises about Qismat 2, and Twitteratis are going crazy over that. If you’ve not seen some of the tweets yet, here they are.

Apart from that, the critics are also on the same page, which is something unusual this time, which makes us tingle to go and watch the movie ourselves.

Jagdeep Sidhu directs this film; it is equivalent to ‘Magic’ as said by many who’ve gone to watch it on its release. And if you haven’t then you can too with someone special this weekend.

Also read- 6 New Movies and Shows To Be Released Today on Netflix, Zee5 and other OTT

If you’ve already watched Qismat 2, drop a comment about the same in here and tell us if you’re in sync with our movie review or not.

The most trending OTT platform ‘Netflix’ added another rom-com movie in its stock with the title “Tuesdays and...
Technology

The details, specifications, and price of the all-new POCO M3 smartphone were revealed on Tuesday and will be...
Entertainment

The most trending OTT platform ‘Netflix’ added another rom-com movie in its stock with the title “Tuesdays and...