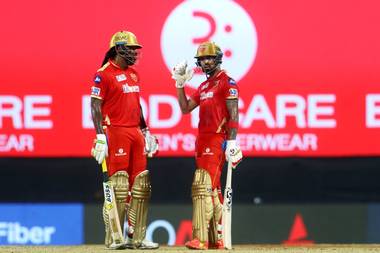 Punjab Kings registered their victory over Mumbai Indians in the match held yesterday by 9 wickets. Opposite to the prediction, Punjab performed well and they did score that wins for themselves jumping from 7th position on the points table to 5th position. 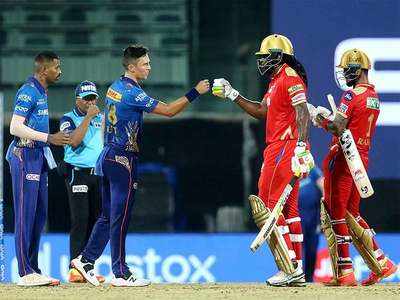 Moving on, Punjab won the toss and chose to bowl first, which led to Mumbai Indians starting with the match with their set opener Quinton De Cock and Rohit Sharma.

While De Cock went back to the pavilion in the very starting, Rohit did take some time to settle in. Later on, Suryakumar Yadav appeared as one of the henchmen for Mumbai, and along with the skipper, he did manage to put some numbers in the Mumbai Indians scorecard.

It was going all good until Yadav was sent back with 33 runs out of 27 balls having 3 fours and 1 six on his sheet. The score was merely 105/3 till this time. In the next over, Rohit Sharma too went back after having a tremendous 63 out of 52 balls with 5 fours and 2 sixes.

Keiron Pollard did bring in some spice to the game with he too didn’t do much.

The overall total that Mumbai did manage to make was 131/6 in their full 20 over innings.

On the bowling and fielding side, Punjab was doing fine but a gap in their fielding was evident.

In the second innings, KL Rahul and Mayank Agarwal started the match, and that too with a bang. It was looking very clear from Punjab’s side that they needed this victory, so they are not risking it by any chance.

Moving on, Mayank Agarwal was sent back by Rahul Chahar in the 8th over when he was smashing hard. But still, KL Rahul slowly managed to put up with the next bat which was Chris Gayle.

While Rahul did manage to strike and balance between placements and shots ending up with a half-century in his bag.

Gayle became a mean machine and hit a total of 5 fours and 2 smashing sixes to make a total of 43 out of 35 balls.

The fielding from Mumbai Indians looked like they were not that serious as they were either slow, misdirected, or sometimes clumsy too. A lot of runs could have been saved if they might have shown some activeness in their fielding.

With that said, Punjab did manage to score a win and rank up in the table, finally getting a win after a long time.

Talking about the upcoming match, Rajasthan Royals are scheduled to fight against KKR today at 07:30 PM.

Both of these teams have equal stats as of now but KKR is standing up in the points table due to having a higher Net Run Rate.

They both have lost their previous matches from the top-tier teams namely CSK and RCB in their last game, even after giving it their all. So, it’d be interesting to watch who comes out as a victor.

Comment down the team that you’re supporting for today’s game and let’s see who wins.

Saurabh Ganguly, BCCI President announced on Saturday that the rest of the IPL will be conducted on the...
IPL

This Sunday, the informal auditions for IPL 2021 concluded in the form of the Vijay Hazare trophy. Mumbai, led...
Entertainment

Disheartening news for IPL fans. IPL 2021 has been postponed due to a surge of coronavirus cases across...
News

Viacom 18 has won the IPL media rights for streaming the next five years of IPL matches on...
Offers

Sunrisers have been one team with a good lineup but they were not getting wins after doing a...