OnePlus 9 vs iPhone 13: Which Phone Should you buy 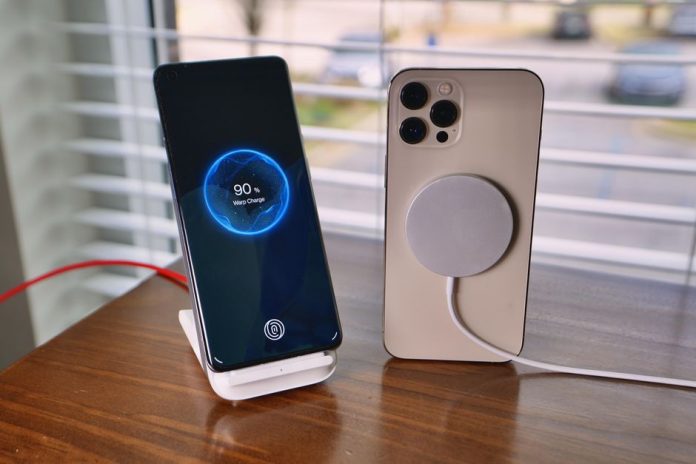 The iPhone 13 series has arrived, and it’s time to examine how it compares to OnePlus’ flagship devices. Both mobile giant companies have advanced their current lines higher than ever before, but you can only buy one. Let’s compare the two series to discover who wins in the OnePlus 9 versus iPhone 13 showdown.

The distinction between operating systems may be clear, yet it is simply the tip from our end. We’ll go over the screens, cameras, and other features to help you decide which phone is ideal for you. 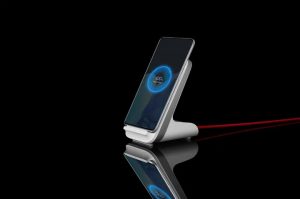 The iPhone 13 family is still comprised of four models, beginning with the iPhone 13 Mini. Its 5.4-inch display is pocket-friendly, and it has virtually the same specs as the 6.1-inch iPhone 13. Both smartphones have Super Retina XDR OLED displays with HDR and True Tone technology.

The screens on Apple’s elevated iPhone 13 Pro and Pro Max are the same as before, measuring 6.1-inches and 6.7-inches, correspondingly. The two don’t add much to the equation, but they are the first iPhones to feature a 120Hz frame rate. There’s also an IP68 certification common across the board, as well as Apple’s renowned Face ID protection.

The design decisions on the OnePlus 9 model are Android. The only disruptions to the crisp AMOLED display of the OnePlus 9 and OnePlus 9 Pro are corner-mounted punch-hole cameras. The basic OnePlus 9 is the smallest of the two, measuring 6.55-inches and sporting a Full HD+ display.

The OnePlus 9 Pro features a bigger 6.7-inch curved AMOLED display with QHD+ resolution. In terms of IP certifications, the OnePlus 9 Pro is IP68 waterproof all around. The OnePlus 9 has an IP68 rating as well, but only on the T-Mobile version. This most likely indicates that all models are waterproof; T-Mobile simply paid for the certification. For its latest flagships, OnePlus provides its version on face id, but it’s preferable to go with the in-display fingerprint sensor because the technology isn’t as safe as Apple’s Face Recognition.

Not only do the OnePlus 9 and iPhone 13 series contrast on the surface, but they also contrast on the inside. One of the more visible differences is that Apple employs its A15 Bionic chip throughout the lineup. Then there’s the software, with Apple’s latest iOS 15 functioning on the new iPhone range.

OnePlus, on the other hand, relied on the strong Qualcomm Snapdragon 888 to drive its newest flagships. Both the OnePlus 9 and OnePlus 9 Pro are presently operating Android 11 with Oxygen OS 11, however, an upgrade to Android 12 is likely in the coming months.

If the OnePlus 9 and iPhone 13 didn’t already have enough differences, it’s time to look at the cameras. Apple is increasing and tripling the resolution of its 12MP lenses, with excellent results. The iPhone 13 and 13 Mini have a pair of lenses on the rear, but for the first time, they are arranged diagonally. You may increase the optical zoom to 2x or the digital zoom to 5x, and both phones have Deep Fusion and Night Vision.

The iPhone 13 Pro and Pro Max add a 12MP telephoto lens to the mix, and they’ve traditionally been the preferred choice for photographers. You can get slightly better optical and digital zooms, and if you want Apple ProRAW, you’ll have to go with the Pro models. Apple is also touting its latest video capability, which includes HDR video enabled by Dolby Vision at up to 60 frames per second.

OnePlus refuses to use 12MP lenses, instead of collaborating with Hasselblad to stretch the resolution to their maximum. The primary lens of the OnePlus 9 and 9 Pro is a 48MP Sony camera, with a 50MP ultra-wide camera as a backup. The OnePlus 9 adds a 2MP mono option, while the OnePlus 9 Pro adds an 8MP zoom lens on top. On both smartphones, you can capture up to 8K video at 30fps or 4K at up to 60fps.

The OnePlus 9 is available in three  beautiful stylish colors: Morning Mist, Pine Green, and Stellar Black. Instead, the OnePlus 9 Pro comes in Winter Mist, Arctic Sky, and Astral Black colors. If you desire one of the smaller, less expensive gadgets, you can choose from pink, blue, Midnight, Starlight, or Product Red. The iPhone 13 Pro siblings are available in gold, silver, Graphite, and Sierra Blue colors.

If you have been an iPhone user for a few years and are still using an iPhone 11, X, or a preceding version. If you don’t care about budget, you should think about upgrading to the next generation. Otherwise, owing to iOS 15, most of the features are also available to older iPhones. Android users who do not want to invest a large sum of money or do not prefer iPhones can consider the One Plus series. Both the One Plus 9 and the iPhone 13 are beasts with high-quality performance. If you have a limited budget, you should consider the One Plus series. Additionally, many discounts are available in Amazon’s Great Indian Festival sales 2021. Grab your deal now based on your budget.

Previous article
WhatsApp Brings New Interface for iOS Users in Its Next Beta Update
Next article
Facebook, Instagram, Whatsapp, Messenger all down from 9.30 pm IST
Flickonclick

The sit tight for the impending cell phone from the tech goliath OnePlus is at long last over...
News

OnePlus has released its new TWS earphone, named as OnePlus Buds Z2 all over the globe. The earbuds...
Technology

In the New Era of smartphones, photography has been improved. Smartphones with cutting-edge image sensors and capabilities, such...
News

Leaked Specifications and Features of OnePlus 9 Pro and OnePlus 9E

The OnePlus 9 series is about to launch and is highly expected to launch next month with improved...
Technology

The OnePlus Nord 2T has been introduced in India for less than Rs 30,000, which is already crowded...
Technology

OnePlus Nord CE 2 Lite: Everything you need to know

OnePlus has announced that it will be launching OnePlus Nord CE 2 Lite alongside the OnePlus 10R 5g...